Processing...
Tickets
Jade Bird’s Indianapolis date at HI-FI has been cancelled.  Refunds are available at point of purchase. Online buyers will be refunded in 1-3 business days. Please direct any questions to boxoffice@mokbpresents.com.ou can follow our ongoing list of affected shows here: http://bit.ly/mokb-hifi-covid19updates

Jade Bird’s Indianapolis date at HI-FI has been cancelled.  Refunds are available at point of purchase. Online buyers will be refunded in 1-3 business days. Please direct any questions to boxoffice@mokbpresents.com.ou can follow our ongoing list of affected shows here: http://bit.ly/mokb-hifi-covid19updates

Something American is the debut of an impossibly confident artist and a distinctive new voice. With the powerful impact of a full album and the fine nuance of a novel, these five songs blend traditional country, vibrant pop, insightful folk, and hollered blues into a heady mélange both fresh and familiar. They reveal a songwriter who emphasizes melodic craft and emotional subtlety, a singer willing to push her instrument as far as it will go, a personality defined by its contradictions: sharp-witted yet vulnerable, dead-serious yet often drop-dead funny, young but incredibly wise.

The London-based singer-songwriter has been working on Something American for most of her life. “My dad was in the army,” she says, “so I moved about a lot when I was younger. I’m not really from anywhere in particular.” When her parents divorced, she settled in South Wales with her mother and grandmother, but she had already absorbed so much of the world, transforming her experiences into lyrics and songs. Barely a teenager, she learned to play guitar and started writing her own lyrics, slowly at first but gradually with more determination, eventually settling into an intense song-a-day pace. Some were good, others better left forgotten, but the process sharpened her chops and shaped her approach to songwriting. “It’s a craft in its own right. If you’re a painter, you paint everyday. If you’re a sculptor, you sculpt everyday. For me songwriting is the same thing. It’s something you do everyday.”

A voracious listener as well as a committed songwriter, Bird discovered the bluesmen like Son House and Robert Johnson, folk singers like Bob Dylan and Joni Mitchell, and rock bands like Black Rebel Motorcycle Club and the Pixies (she often covers “Where Is My Mind?” live). Digging deeper to find the roots of her favorite songs only led to more favorite songs, and she drifted toward American roots music both new and old, from the Carter Family to Chris Stapleton. Even as she was finding her voice, Bird understood that she couldn’t simply re-create those sounds; instead, she had to make those songs her very own.

After playing what she admits were “awful, demoralizing” shows in South Wales, Bird moved to London and began performing at small blues and folk clubs, developing a reputation as a fierce and funny performer, emotionally unrestrained and entirely comfortable in the spotlight. The stage, surprisingly, turned out to be a calming place for her. “My head just goes round and round and round all the time, but onstage, it’s just nothing. Everything stops up there. Not to get too spiritual or anything, but I think that lets me feel a strong connection with an audience. It lets me share a bit of myself, and I think people find that invaluable in a performance.”

To make her first record, Bird flew across the Atlantic to work with Simone Felice of the Felice Brothers, an admirer of her songwriting and her unique sound. At his studio in the Catskills, just outside Woodstock, New York, the pair corralled an expert crew that included producer/engineer David Baron (Bat for Lashes, Peter Murphy), drummer Matt Johnson (Jeff Buckley, Rufus Wainwright), and Americana legend Larry Campbell (Tom Petty, Bob Dylan). “It was a leap of faith for me,” says Bird, “but I really connected with Simone. He can really get into the zone and take a lot of time with the spiritual side of the music, which, being British, I was skeptical of. But he was so welcoming of my vision, which was amazing. I’ve had a session or two back in the day with producers who might cut my ideas down or try to make me feel intimidated. But Simone was so open to everything.”

Onstage and in the studio, Bird conveys what she calls a “really strong female energy. I’m absolutely fascinated with that kind of dynamic storytelling, and I want to do my own take on it.” That comes through on “Good Woman,” a standout on Something American, in which she confronts a straying lover. As breakup songs go, it’s full of fire and venom, even a bit of humor. “She’s cheaper than a dime store version of me!” Bird declares on the chorus. It’s Loretta Lynn’s “Fist City” by way of Alanis Morissette’s “You Oughta Know.” 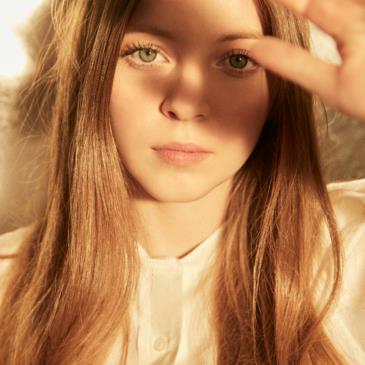