website instagram youtube
Jake Scott began his career in 2013 with the release of his first EP, Of Life and Love and Longing. The project debuted on the Billboard Heatseekers chart and quickly caught the attention of industry professionals. Shortly after, the Arkansas-native signed a publishing contract with Grammy-award winning songwriter David Hodges and moved to Los Angeles. He spent several years writing and producing songs for other artists, including Jason Mraz, Aloe Blacc and more.

Following his time in the trenches of the Los Angeles songwriting circles, Jake decided to commit himself to releasing, writing and self-producing a song every month for as long as possible. He began this process in January 2018 with the song Tuesdays, which has since earned nearly 30M streams. He recently ended his song-per-month release strategy in December 2020 -- accumulating 300M+ streams, 3M+ monthly listeners, and selling out his first headline tour in the process.

In June 2021, Jake released his first formal project, “Goldenboy”. Jake said about the project, “The project is the story of realization, accepting the difficult truth and having the courage to let go.”

Josie Dunne is a pop singer-songwriter from Chicago, IL. With influences such as Aretha Franklin, Etta James, Stevie Wonder, Ray Charles, and Amy Winehouse, Josie has adapted a unique style in her music. Her beyond-her-years soulful voice shines over her cleverly crafted, catchy songs. With beats that make you dance and lyrics that make you feel, Josie Dunne's music works to blend the worlds of Pop and RnB Soul/MoTown. 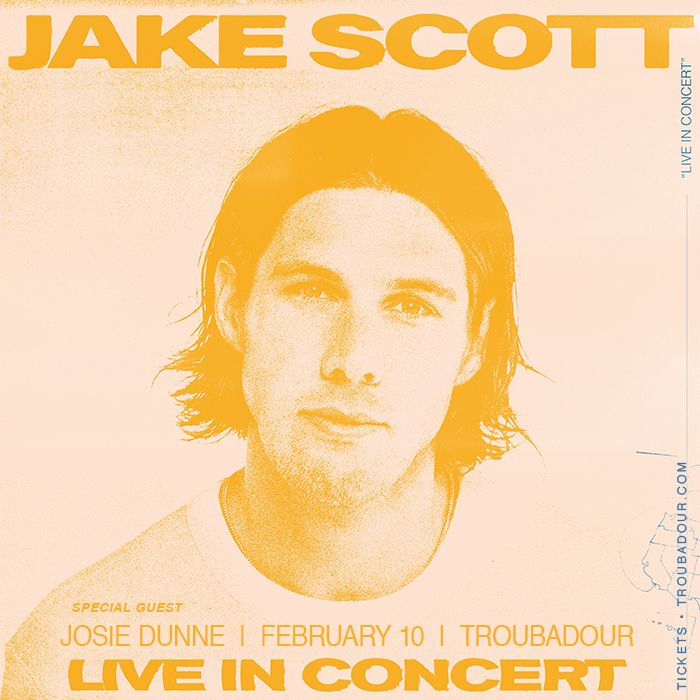