Songwriting is an art. Telling stories both singular and universal can be a tricky line to walk, for even the most esteemed of artists. But Jake Wesley Rogers’ bold music is queer storytelling refracted through a universal lens; it’s inspired by the authenticity and artistry of his heroes like Adele, Regina Spektor, and Florence + the Machine. His songs are for everyone, but they’re special treats for those who know and share his experiences.

Signed to hit songwriter Justin Tranter’s imprint of Warner Records, Facet Records, Jake has turned his most formative years into some of the most stunning and evocative music you’ll hear this year. “I don't think my story has been fully told,” he says. “There are so many forms of art, but the reason I make music is that my soul is at its happiest place when it's singing and performing, and I resonate at the highest level in those moments.”

Though the bulk of his music was written before the pandemic, several were finished in lockdown, with breakout tracks like “Middle of Love” and “Momentary” showcasing the power of Justin’s mentorship and collaboration. And though it’s early in his journey, Jake’s vision is grandiose. “Few queer people right now are getting a platform to tell these kinds of stories,” he says. “I think it's time to have some of our own artists doing and saying the things that we want to say.” 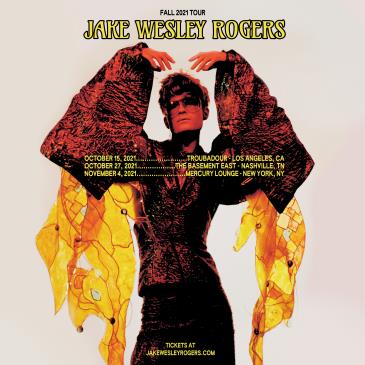