Per Artist request, entry to this event will require proof of a completed (14 days after final dose) COVID-19 vaccination -OR- proof of a negative COVID-19 test taken in the previous 48 hours. Proof of vaccination may be in the form of the completed CDC card or a digital image of the card, along with a matching photo ID. Proof of a negative test may be printed or digital and must originate from a clinic or pharmacy (i.e. no "at home" tests), and be presented along with a matching photo ID. Mask-wearing is highly encouraged for all patrons, and we will have free masks available at point of entry.

From the moment she began writing her new album, Japanese Breakfast’s Michelle Zauner knew that she wanted to call it Jubilee. After all, a jubilee is a celebration of the passage of time—a festival to usher in the hope of a new era in brilliant technicolor. Zauner’s first two albums garnered acclaim for the way they grappled with anguish; Psychopomp was written as her mother underwent cancer treatment, while Soft Sounds From Another Planet took the grief she held from her mother‘s death and used it as a conduit to explore the cosmos. Now, at the start of a new decade, Japanese Breakfast is ready to fight for happiness, an all-too-scarce resource in our seemingly crumbling world.

How does she do it? With a joyful noise. From pulsing walls of synthgaze and piano on “Sit,” to the nostalgia-laden strings that float through “Tactics,” Jubilee bursts with the most wide-ranging arrangements of Zauner’s career. Each song unfurls a new aspect of her artistry: “Be Sweet,” co-written with Wild Nothing’s Jack Tatum, is a jagged, propulsive piece of ‘80s pop that’s followed by a sweetly melancholic ballad in “Kokomo, IN.” As she rides a crest of saxophones and synthesizers through “Slide Tackle,” a piece of nimble pop-funk run through a New Order lens, Zauner professes her desire to move forward: “I want to be good—I want to navigate this hate in my heart somewhere better.”

In the years leading up to Jubilee, Zauner also took theory lessons and studied piano in earnest for the first time, in an effort to improve her range as a songwriter: “I’ve never wanted to rest on any laurels. I wanted to push it as far as it could go, inviting more people in and pushing myself as a composer, a producer, an arranger.” She pours that sentiment into the album from the very beginning, weaving a veritable tapestry of sound on the opening track “Paprika.” To build such an anthem of self-actualization, Zauner maxed out the technical limits of her recording rig, expelling her anxieties and egoism with layers upon layers of triumphant horns and marching snares. “How’s it feel to be at the center of magic? To linger in tones and words?” she ponders, conjuring the widescreen majesty of Kate Bush. “I opened the floodgates and found no water, no current, no river, no rush!”

Later, on “Savage Good Boy”—a kooky, terrifyingly prophetic jam co-produced with (Sandy) Alex G—Zauner reduces the excess of modern capitalism to an emotional level, sarcastically imagining the perspective of a billionaire trying to convince his lover to join him underground as the apocalypse unfolds. “I want to make the money until there’s no more to be made/And we will be so wealthy, I’m absolved from questioning/That all my bad behavior was just a necessary strain/They’re the stakes in a race to win.”

“I don’t want to weave politics into my music in a way that feels cheap, but I couldn’t make something that doesn’t comment on the reality we live in,” says Zauner. “I think that you need to push yourself to care, and that’s part of what this album is about: If you want change, in anything, you need to go to war for it.”

At the end comes “Posing for Cars,” one of the longest, most visceral Japanese Breakfast songs to date. In its muted opening, Zauner quietly re-embraces impassioned facets of youth—wistful daydreaming, fierce loyalty—atop a bed of slowly-strummed guitars. Those same feelings pour out of her fingertips as she erupts into a cathartic, nearly three-minute-long solo to close out the record, with gradual swells of distortion that evoke the arena-sized guitars of bands like Wilco or Sonic Youth.

Jubilee is an album about processing life and love in the quest for happiness, and how that process sometimes requires us to step outside of ourselves. “Savage Good Boy” isn’t the only time Zauner takes on a persona; On the cavernous masterpiece “Posing In Bondage,” she imagines a woman left behind in the confines of an empty house, traversing the blurred lines between domesticity and dominance as she sings to an absent lover. Meanwhile, “Kokomo, IN” was written from the perspective of a small- town Indiana boy, forced to say goodbye to a girlfriend who’s shipping off to study abroad. But throughout Jubilee, Zauner is hardly fictionalizing her lyrics, instead pouring her own life into the universe of each song to tell real stories, and allowing those universes, in turn, to fill in the details. Joy, change, evolution—these things take real time, and real effort. And Japanese Breakfast is here for it.

Half Asian and half Latinx. Two sisters, a cousin, and their close friend. The Linda Lindas channel the spirit of original punk, power pop, and new wave through today's ears, eyes, and minds. Mila (11), Eloise (13), Lucia (14), and Bela (17) first played together as part of Kristin Kontrol’s pickup cover band comprised of inexperienced kids for Girlschool LA in January 2018, where they were joined by Bobb and Bethany from Best Coast and Karen O. That summer, Bela asked Lucia, Eloise, and Mila to back her up on a few songs at a Hi-Hat gig, and the group was born.

They weren't called The Linda Lindas until they started playing Save Music in Chinatown benefit matinees in the fall, where they’ve shared the stage with punk lifers and legends including The Dils, Alley Cats, The Last, The Gears, and Phranc. They’ve also played with Alice Bag, joined Best Coast and Money Mark at a DIY political fund raiser, opened a sold-out record release show for Bleached, and were hand-picked by Riot Grrrl legends Bikini Kill to open up for them at one of their reunion shows at the Hollywood Palladium. They rounded out 2019 with performances at the Viva! Pomona Festival and the Dia De Los Muertos Festival at Self-Help Graphics LA, and played a show for locals at the Eagle Rock Center for the Arts shortly before the pandemic shut down live music.

In 2020, The Linda Lindas’ first original song was heard in the The Claudia Kishi Club documentary, they wrote a song and made a video with punk rock friends and legends to get out the vote in the presidential election, and they self-released the eponymous debut EP, which features songs penned and sung by each member of the band. In 2021, they reached a wider audience by appearing in a key scene of the Amy Poehler film, Moxie, before performing their now-legendary set for the Los Angeles Public Library that included “Racist, Sexist Boy.” Unexpectedly and organically, the clip went viral, expediting their deal with Epitaph Records.

In September, 2021, The Linda Lindas played their first show in 19 months at The Smell, previewing songs from their upcoming LP and covering The Go-Go’s “Tonite” with Go-Go’s drummer Gina Schock as a surprise guest for a sold-out crowd. Look for new music and more shows coming soon! 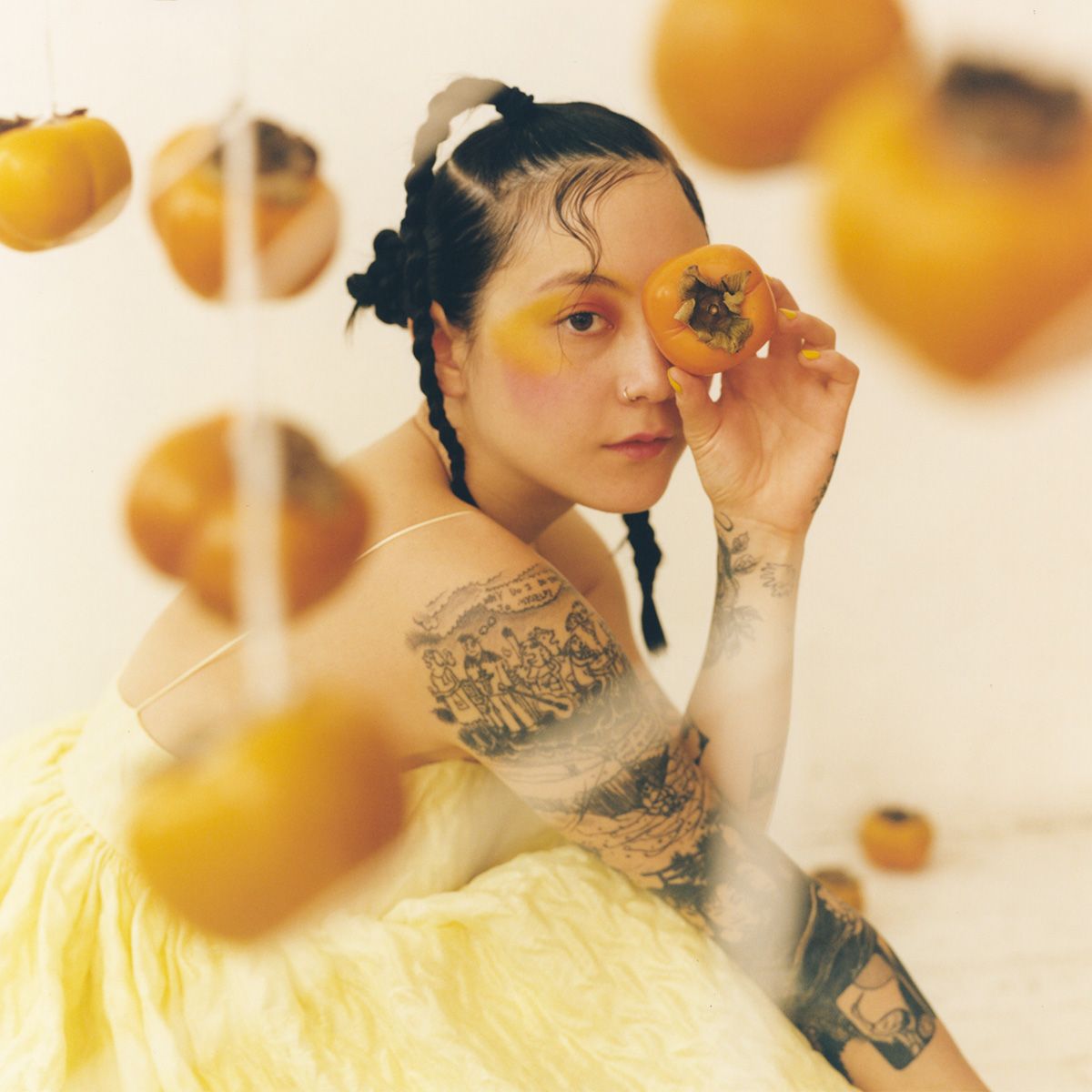