Distanced at the Diamond at Cornbelter's

Jason Isbell and the 400 Unit

Presented by The Castle Theatre and NTL

This concert is NOT at The Castle Theatre. It will take place at the NORMAL CORNBELTER'S STADIUM —1000 West Raab Road in Normal, IL, 61761.

Gold & Silver Level Tickets are sold in 4-pack Pods (4 tickets are included with a Pod purchase). A “Pod” is an 8'x8' square and each pod is spaced 6' apart. The Gold Level Section is the half of the field closest to stage, Silver Level right beyond that. Your Gold or Silver Level purchase admits you into that section. Which Pod you get is on a first-come, first-claimed basis, so bring a chair & get there early for the best Pods!

General Admission (GA) Stadium Seats are are sold individually (one ticket = one person) and are also socially distanced. Groups up to 6 can sit together, but will distance your group from the next closest for optimal safety.

﻿After performing more than 200 shows annually for several years running, Isbell took a breather in 2010 and returned home to northern Alabama. The area had been hit hard by the recent economic downturn, prompting Isbell to write a new batch of songs about the war vets, barflies, and out-of-luck characters who populated the area. The result was Here We Rest, which was released in spring 2011 to critical acclaim. Isbell followed it a year later in 2012 with a live set, Live from Alabama, recorded at the WorkPlay Theater in Birmingham, Alabama and at the Crossroads in Huntsville, Alabama. Embracing his newfound sobriety, Isbell next produced an album of haunting atonement and redemption, the sparse and impressive Southeastern, which appeared in 2013. Southeastern was a smash with critics and a commercial success that introduced Isbell to a new and larger audience. In 2014 Isbell returned to the studio to record the follow-up to Southeastern. The resulting Something More Than Free dropped in July 2015 and took home the Grammy Award for Best Americana Album the following year. In March 2017, Isbell released "Hope the High Road," the first single from The Nashville Sound, which arrived in June. Credited to Jason Isbell and the 400 Unit, the album was fittingly more band-oriented than Isbell's previous two efforts, boasting a bigger and more musically diverse sound. 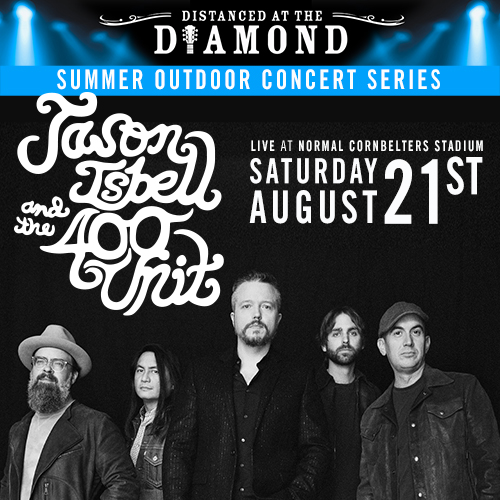 Jason Isbell and the 400 Unit