at The King of Clubs

Country singer Jason Michael Carroll is a rootsy artist with a rocker's edge.

Carroll rose to fame after being discovered at a local talent competition in 2004 and later signed to the Arista Nashville label in 2006, releasing his debut album Waitin’ In The Country. The album produced three Top 40 hits including “Alyssa Lies,” “Livin’ Our Love Song,” and “I Can Sleep When I’m Dead” and soared to number one on the US Country charts, selling nearly half a million copies. Both of Carroll’s following albums, Growing Up Is Getting Old and Numbers have charted on the Billboard Top 200.

Please note that tickets are $5 more the day of when purchased at the door.

The King of Clubs 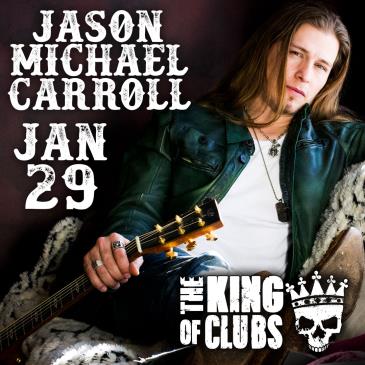