Hudson Valley-based pianist/composter, David Lopato, has performed as a leader and sideman throughout the world. As a composer he has received multiple grants from the N.E.A., New York Foundation for the Arts, Meet the Composer, and the Beards Fund, as well as a Fulbright Fellowship to study Javanese Gamelan in Surakarta, Indonesia, where he lived for a year.  His music runs the gamut from traditional and avant-garde jazz to world music influenced by South Asian, African and Brazilian musics, as well as poetry collaborations and monologues. Lopato has toured his own compositions in configurations ranging from solo piano to 10-piece ensembles, having performed with Dave Liebman, Dewey Redman, Joe Lovano, Ray Anderson, Wadada Leo Smith, Jane Ira Bloom, Steve Gorn among others. His most recent recording, Gendhing for a Spirit Rising (Global Coolant-02), a Gamelan-influenced work for large ensemble, was hailed by Downbeat Magazine as one of the “Best Albums of 2017”…“unlike anything you are likely to hear this year (or any year).”

Bassist/Composer, Rich Syracuse, has been a mainstay on the New York area scene for more than Three decades. While Performing at an early age in New York City, he was the winner of the prestigious Congress Of Strings Award, going on to receive Bachelor of Music degree from Manhattan School of Music in New York City. Rich performed with The Group For Contemporary Music under Conductors Charles Wournin and Harvey Solberger, The Hartford Ballet and the New Jersey Lyric Opera Company. Early Jazz groups include Pianist’s John Mehegan, Joey Calderazzo, Ted Rosenthal. After Moving to New York State’s Hudson Valley in the mid 1980’s he began a long-standing position in the Nick Brignola Quartet playing clubs, festivals, and recording sessions. Besides his years with Brignola, he has performed with Mose Allison, Kurt Elling, Dave Liebman, Brubeck Brothers, Warren Bernhardt, Sumi Tonoka, David Torn, Mike DeMicco, Peter Levin, Sam Morrison, Bernard Purdy, Vic Juris, Dave Stryker, Chuck Lamb, Jeff “Siege” Siegel, Dena DeRose, John Medeski, Michael Musilliami, Ali Demogli and was the bassist for Dr. Lee Shaw for over 23 years. He is the Professor for String and Electric Bass Studies at Skidmore College in Saratoga, New York; Hotchkiss School in Lakeville Connecticut. “Of The Night” (Playscape recordings) was featured as: “The New York City Jazz Record” Best of 2016.  “An absolute Must” -Jos Demol, Jazz Halo. “This is music making of the Highest order”- Budd Kaplan, AAJ.

Drummer/Composer, Jeff "Siege" Siegel, is a veteran of the New York Jazz scene and has worked with a virtual "who's who" of artists. A member of the Sir Roland Hanna Trio from 1994-'99, Siegel's diverse career has also led him to perform and/or record with legends such as Ron Carter, Kenny Burrell, Jack DeJohnette, Benny Golson, Sheila Jordan, Helen Merrill, Mose Allison, John Medeski, Arthur Rhames, Dave Douglas, Stefon Harris, Pat Metheny, Kurt Elling, Ravi Coltrane, Ryan Kisor, Lee Shaw, Levin Brothers, John Medeski, Dena DeRose, Lee Shaw and many others. He has worked in the avant garde world as well with Wadada Leo Smith, Baikida Carroll. He’s performed over 30 European tours including four as leader of the Jeff “Siege” Siegel Quartet and several others as co-leader. The Jeff “Siege” Siegel Sextet performed a 3 week tour of Africa in the summer of 2019.   Other recent tours include The Levin Brothers Japan, Mexico, Canada and the US west coast and Midwest as well as South & Central America.  His 2017 CD release “King of Xhosa” features South African trumpeter Feya Faku and is on the ARC label.  His most recent release with his quartet is the 2018 release on ARC entitled “London Live” and “When You Were There” (2019) with Hetko, Syracuse & Siegel. 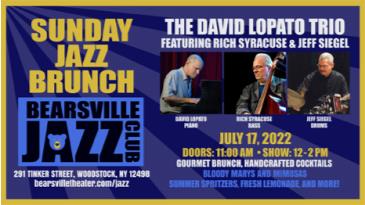