“Ingrid Sertso defies all the stereotypes of vocal interpretations....No motion is wasted. She sings straight from the heart.”
“Karl Berger is a great pure player...There is a zen-like spirit that transcends genre. Intensely beautiful music.”
“Steve Gorn, whose flute is said to ‘re-align the cells’, combines the essence of the Indian classical music tradition with a contemporary world music sensibility”
“Michael Bisio’s playing appears to be produced by sorcery,... fleet-fingered,....jaw-dropping,...yet he isn’t too proud either to lay down a straightforward line, which he makes as absorbing as anything else.”

The concept of Musica Poetica is based on the idea that most of the music we hear has a kind of language quality, and what applies to communication through language applies also to music, but in a more precise way.
This is Musica Poetica's final performance this season.

The concept of Musica Poetica is based on the idea that most of the music we hear has a kind of language quality, and what applies to communication through language applies also to music, but in amore precise way.

In 2018 Karl and Ingrid started having Musica Poetica concerts locally in Woodstock, where they’re based, with various players, around the concept of poetry and music the way it's presented on this album.Karl says “it's not like a record where you have a singer and we're accompanying the singer. The poetry and singing is part of the music, and it's an equal voice in the sound”.

Through her work with such avant-jazz musicians as Don Cherry and Karl Berger, Ingrid Sertso established herself as a captivating, adventurous vocalist, capable of blending jazz, African, South American and other worldbeat influences into a distinctive, hypnotic sound.  Sertso catapulted back into the mainstream jazz spotlight through her version “Until the Rain Comes” on Don Cherry’s Multi Kulti album.  In 1994, she released her comeback album Dance with It, which earned positive reviews.

Karl Berger is an award-winning composer/arranger, winner of six Downbeat Critics Polls as a jazz soloist, the mastermind behind the legendary Creative Music Studio and the emergence of spontaneously arranged confluences of individual improvisational expressions and world musical traditions. His recordings and world-wide performances included musicians from the jazz tradition such as Dave Holland, Ed Blackwell, Graham Haynes, Bob Stewart, Kenny Wessel, and from world musical backgrounds such as Steve Gorn, Nana Vasconcelos, Ismet Siral, Hozan Yamamoto. He collaborated with Don Cherry, Gunter Schuller, the Mingus Epitaph Orchestra, just to name a few. He records for the Tzadik label. Karl Berger’s writing credits include orchestral arrangements for recordings by Jeff Buckley ("GRACE"), Natalie Merchant ("Ophelia"), Better Than Ezra, The Cardigans, and many collaborations with producer Bill Laswell. 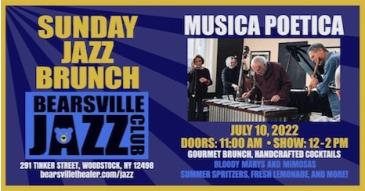