Jazz Brunch at Bearsville with The Vinnie Martucci Trio

Vinnie Martucci has had an exciting and diverse career as a performer, composer, arranger, producer, and educator.  He has toured extensively on the international stage as co-leader of the Jazz Fusion Quartet “The Dolphins” with Dan Brubeck, as arranger, accompanist for Laurel Masse (Manhattan Transfer), arranger and performer for Blues artist Rory Block. He has recorded with Graham Parker, Livingston Taylor, and others. He co-composed the Off-Broadway play “Clue, The Musical” with Galen Blum. He has composed numerous cable network TV themes for Lifetime, the Travel Channel, CNN and underscores for daytime TV dramas “As the World Turns”, Guiding Light”. As a producer and recording engineer, he has worked with composer Baikida Carroll on recordings and productions for several theatrical and television projects, most notably the Tony award winning play “Having Our Say”. He has also given clinics in Jazz and improvisation in Europe, South America, and at the Central Conservatory in Beijing, China. Recently retired, Vinnie was a professor in Jazz Performance at SUNY, New Paltz and served as Chair of the Music department from 2016 to 2019.

Drummer/Composer, Jeff "Siege" Siegel, is a veteran of the New York Jazz scene and has worked with a virtual "who's who" of artists. A member of the Sir Roland Hanna Trio from 1994-'99, Siegel's diverse career has also led him to perform and/or record with legends such as Ron Carter, Kenny Burrell, Jack DeJohnette, Benny Golson, Sheila Jordan, Helen Merrill, Mose Allison, John Medeski, Arthur Rhames, Dave Douglas, Stefon Harris, Pat Metheny, Kurt Elling, Ravi Coltrane, Ryan Kisor, Lee Shaw, Levin Brothers, John Medeski, Dena DeRose, Lee Shaw and many others.  He’s performed over 30 European tours including four as leader of the Jeff “Siege” Siegel Quartet and several others as co-leader. His 2017 CD release “King of Xhosa” features South African trumpeter Feya Faku and is on the ARC label.  His most recent release with his quartet is the 2018 release on ARC entitled “London Live” and “When You Were There” (2019) with Hetko, Syracuse & Siegel.

Bassist/Composer, Rich Syracuse, has been a mainstay on the New York area scene for more than Three decades. While Performing at an early age in New York City He was the winner of the prestigious Congress Of Strings Award, going on to receive Bachelor of Music degree from Manhattan School of Music in New York City. Rich performed with The Group For Contemporary Music under Conductors Charles Wournin and Harvey Solberger, The Hartford Ballet and the New Jersey Lyric Opera Co. Early Jazz groups include Pianist’s John Mehegan, Joey Calderazzo, Ted Rosenthal. After Moving to New York State’s Hudson Valley in the mid 1980’s he began a long-standing position in the Nick Brignola Quartet playing clubs, festivals, and recording sessions. was the bassist for Dr. Lee Shaw for over 23 years. He is the Professor for String and Electric Bass Studies at Skidmore College in Saratoga, New York;  Rich currently is the Jazz Bass professor, lecturer and leads one of the Chamber Jazz ensembles at The State University of New York in New Paltz. Rich is an Individual member of the International Association Schools of Jazz.  “Of The Night” (Playscape recordings) was featured as: “The New York City Jazz Record” Best of 2016. 4 Stars- Howard Mandel, Down Beat. “An absolute Must” -Jos Demol, Jazz Halo. “This is music making of the Highest order”- Budd Kaplan, AAJ. 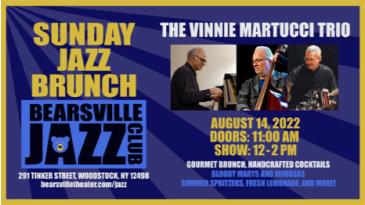