Katalyst is a nine piece collective based in Inglewood, CA. Formed in 2014, Katalyst has performed across Southern California, working with many different artists and brands while establishing their unique style of music. In September 2020, Katalyst released their debut project “Nine Lives” to online music platforms, and later to vinyl.

Katalyst's style of music can best be described as "Contemporary Instrumental". Each one of "The Kats" writes and composes, and as such, original compositions are filled with a variety of musical influences. Katalyst is not just a band however, it is a collective of producers, composers, session musicians, and writers. Whether it's scoring an independent film, producing tracks for artists, or arranging and performing an artist's music for a live show, Katalyst has all the elements to bring musical visions to life. 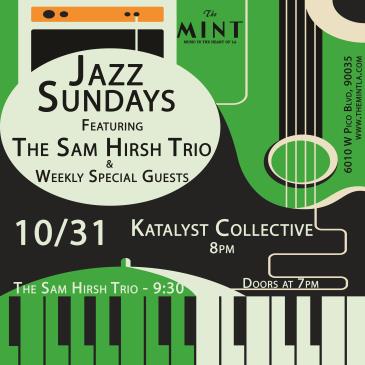