Tali Rubinstein is an LA based recorder player and composer, who graduated with honors from Berklee College in Boston as their first ever recorder player. As a ground-breaking musician who introduced the recorder into jazz and contemporarymusic, Tali has established her own unique style and personal expression, and is nowadays considered one of the most influential recorder players in the world. Her original compositions, heavily rooted in her Israeli and classical music backgrounds, evoke contemplation, vulnerability, and transcendence.Tali collaborated with world-renowned musicians such as Javier Limón, Anat Cohen, Alejandro Sans, Mariza, Alain Mallet, Idan Raichel, and Tomatito, and had the opportunity to meet Chick Corea and improvise with him shortly before he passed away.Her online jazz recordings have gained wide recognition among the global community, including praises from Paquito De Rivera and Monica Getz, the wife of the late Stan Getz.Tali participated as a composer and a recording artist in the Grammy Award winning album Entre 20 Aguas (by Javier Limón), as well as in the Grammy nominated album Mutt Slang II (by Alain Mallet), and was mentioned in Barack Obama's Favorite Songs of 2018 list.


With Tali on Stage:


Sam Hirsh (Piano):
Pianist, composer and educator Sam Hirsh has been an active member of the Los Angeles jazz scene for a decade and is gaining recognition for his soulful, energetic sound. “Hirsh finds new poetry in the rich vocabulary of the hard bop to post-bop continuum” (Andrew Gilbert). Sam aims to carry on the tradition of this art form and simultaneously create his own voice in the music. He’s performed with various acts along the West Coast, Taiwan, Bolivia and New York City.
He can be seen playing with the Bill Holman Big Band, Melissa Morgan, Henry Franklin, Carl Saunders, Gilbert Castellanos and Roy McCurdy, among others.
Hirsh’s debut album Quite Frankly, featuring saxophone icon Ralph Moore, New York heavyweight John Webber on bass, and Los Angeles drummer Kevin Kanner, was released on all platforms in February 2020 and made JazzWeek Radio Chart’s top 20.
www.samhirsh.com 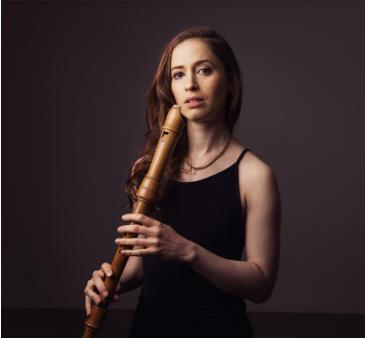