Preserving the warm buzz of early bebop while bravely exploring the jazz fusion of her contemporaries, LA alto saxophonist and composer Nicole McCabe is reaching beyond traditional jazz to blend a broad range of styles, making her one of the most compelling young composers and players in today’s West Coast jazz scene.

https://nicolemccabejazz.com
The Sam Hirsh Trio Is: 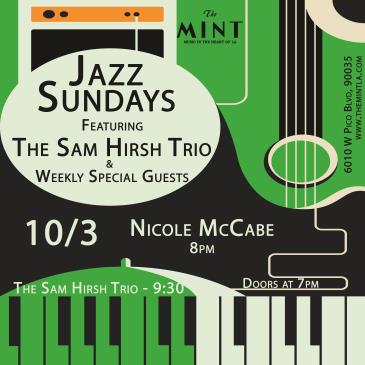