Processing...
Tickets
Tickets are available at the door for $15 ($12 after 9pm for the Sam Hirsh Trio).

3 More Sounds has released “3 More Sounds Play Ray Charles” and it’s HOT! There is not a day that goes by that doesn't warrant listening to some music by Ray Charles! We hope that 3 More Sounds touches you in a meaningful way as you listen to some of his great standards with a jazz take. Snap your fingers... bob in your chair... heck, get up, grab someone and dance! Let's make this listening experience as great as the man who wrote the tunes!

Henry Franklin is a native of Los Angeles whose earliest memories of jazz were through his father, Sammy Franklin, a renowned trumpeter and bandleader. As a child, Henry was encouraged to take music seriously and with that he understood its emotional power. Henry was still attending High School when he played with his first professional band - the Roy Ayers Latin Jazz Quintet. Around that same time, Henry met and worked with Harold Land and Hampton Hawes. Years later he would tour Europe with Hawes and record five albums with him.
Jazz continued to heat up the scene in Los Angeles, and a young Henry Franklin held court with the likes of Ornette Coleman, Don Cherry, Billy Higgins and Scott LaFaro.
In 1968 Henry received a call from Willie Bobo. The call led to a year-long tour of the East Coast, where on his off days, he worked gigs with Archie Shepp, Lamont Johnson, Beaver Harris and Roswell Rudd. Then one night, Hugh Masekela heard Henry play and made him an offer. Three and a half years later the two would collaborate on Grazing in the Grass and then part ways with a great friendship and a gold record. Henry's touring continued over the next few years, working internationally with singer O.C. Smith, The Three Sounds, Freddie Hubbard and Count Basie. Henry collected another gold record with Stevie Wonder on The Secret Life of Plants.
The jazz world continued to embrace him and Henry's work continued to be elevated. He would team with Dennis Gonzales, John Purcell and William Richardson and perform with them on five albums that were critically acclaimed throughout Europe. Henry also played extensively with Pharoah Sanders, Joe Williams, Sonny Rollins, Bobby Hutcherson, Sonny Fortune and Milt Jackson.
There are more than 100 albums on which Henry appears, with many of them produced under his leadership. The Skipper performed for about thirteen years with his group at The Mission Inn in Riverside. 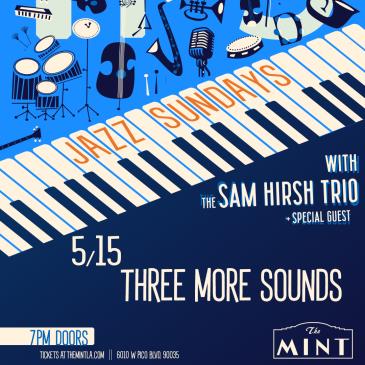