Jazz Sunday with JSQ! and The Sam Hirsh Trio

JSQ is an LA based group of musicians, producers, and visual artists with a unique style and approach to modern improvised music. With a wide range of influences from several different genres, JSQ's music features a blend of creative original compositions with unique covers of their favorite songs. JSQ's live performances are interactive and engaging, always leaving the audience with a strong sense of community and depth.


The Sam Hirsh Trio Is: 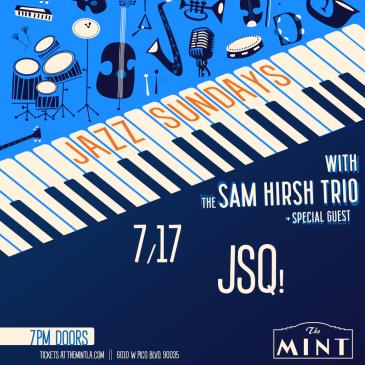