Mad Hannans started as Jerry and Sean Hannan in 1996 with their first album "Madly in Love With You" which became a local cult tradition for many years.  Sean passed away in 2013 and is remembered in the 2017 film 'Mad Hannans' directed by Martin Shore.

A distinguished songwriter and entertainer, Jerry Hannan recorded his own song, "Society" with Pearl Jam’s Eddie Vedder, which is featured in Sean Penn’s film Into the Wild.  “I Thought I Was You”, written by Jerry and brother Sean Hannan also plays in Into the Wild.

In 2003, Jerry recorded his second CD Sounds Like a Story. A new song "DaDaDa" from the CD was featured in the film The Pledge (Jack Nicholson). He performed in Sam Shepard's play, The Late Henry Moss, at San Francisco's Theatre on the Square (along with Sean Penn, Nick Nolte, Cheech Marin and Woody Harrelson). He also appeared as a raucous singer who offsets a romantic conversation between Harry Connick Jr and Sarah Jessica Parker in Sony Picture's Life Without Dick.

Described as "shades of Dylan and John Prine ...very Americana with a faint Irish lilt", Hannan's songs (like those of Springsteen, Steve Earle and Cat Stevens) speak of our everyday lives and the magic that we sometimes miss. He's a storyteller, known for his thought provoking lyrics and exuberant performances.  He has been called a Marin County treasure, often funny, sardonic in a good-natured way, highlighting issues like ecology, friendship, and love.

Raised on jigs and ballads in San Francisco's Irish community, Jerry Hannan grew up listening to the music of his Irish-born parents (The Dubliners, The Clancy Brothers), as well as Cat Stevens. As a youngster he took accordion lessons, switching to guitar in high school and playing in rock 'n roll bands.

Hannan's most recent recording, The Light Gets Brighter, features his latest gems including several songs on the upcoming soundtrack to the documentary film Mad Hannans.

The film Mad Hannans  - a documentary that tells the story of brothers Sean and Jerry - premiered at the Mill Valley Film Festival in early October 2017 to sold out audiences. The film received the Best Docuemtary Award at its European debut at the Manchester Film Festival in 2018. 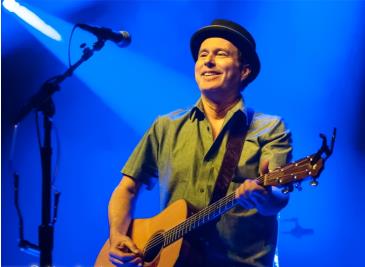