Underneath a unique blend of modern production with echoes of distant guitar and evocative vocals, Jessie Murph tells the kinds of stories we all relate to, but we might be too uncomfortable to disclose to the world at large. Thankfully, she’s not shy in her songs. The 18-year-old Alabama singer, songwriter, and multi-instrumentalist gushes emotion through the cracks of her dominant, yet lilting croon, staring down heartbreak, anxiety, and darkness without filter or any fucks given.

This open-hearted honesty has endeared Jessie to a following of nearly 10 million across platforms and asserted her as a critically acclaimed force. She continues to open up on her 2023 debut mixtape, Drowning [Columbia Records], and provides listeners a safe space while assuring them they’re not alone. “I write these songs so I can listen to them later,” reveals Jessie. “Often, I’ll think, ‘Damn, I don’t know of a song that explains what I’m going through right now, but I want to listen to one’. Then, I’ll make a song that does what I need.”

Jessie continues, “I don’t ever want to burden others with my problems, so everything comes out in the songs. By sharing my music, I’ve realized a lot of other people go through the same things. I’m able to be honest about the shit I go through and telling my story knowing it could help them and give them maybe a little peace.”

Born in Tennessee, Jessie grew up in a tiny Alabama town where she still resides. Music surrounded her as a kid. Early on, she attended a Chris Tomlin concert, and it proved formative. When Rascal Flatts showed up as surprise guests, she made a decision. “I was like, ‘Holy fuck, I’ve got to do this’,” she recalls.

The stress of a fractured family, bullying in school, outdated expectations for women, and latent backwoods misogyny pushed Jessie to cling tightly to music and never let go. She listened to everyone from Adele and Lady A to 6lack and Lil Baby, learning piano, ukulele, and guitar and writing songs of her own. After a taste of virality on YouTube, she launched her TikTok during 2020. Beyond popular covers, she gained traction and connected with audiences by way of originals such as “Upgrade,” “Look Who’s Cryin Now,” and “Sobriety.” However, “Always Been You” affirmed her as a powerful presence. It gathered north of 115 million global streams, while Stereogum pegged it as one of “2022’s Potential Pop Hits.” Between praise from OnesToWatch, Flaunt Magazine, Hits, and more,she tallied over 100 million streams with “Pray,” “I Would’ve,” and “While You’re At It,” paving the way for her first proper project.

She introduced the mixtape with the cathartic “How Could You.” On the track, sparse strings push up against naked acoustic guitar as her voice trembles. Jessie’s raw vulnerability resounds in a scream, “Set it on fire and just walk away, so I can feel anything else but this weight.”

“I based it on one of the most painful and traumatic things I’ve ever been through,” she admits. “‘How Could You’ was an outlet. It started with just guitar, and we finished it in like an hour.”

Then, there’s “About You.” Through a delicately plucked acoustic melody, she warns, “Every shitty thing you do, gonna do it right back to you. You’re probably finna hate me too, but fuck that’s what I love about you.”

“We actually made it in Alabama,” she recalls. “This studio was basically prehistoric because nobody uses it. Everything was wooden and super old. It’s a fucked-up love song about a toxic relationship, and it’s one of my favorites.”

Stark piano sets the scene for the confessional “Drunk In A Bathtub” where she shakes off a hazy evening with a request, “Just let me be drunk in the bathtub.”

“I was severely hungover and had a really terrible night,” she states. “I hadn’t eaten the whole day, and I was super fucking emo. I freestyled a lot of it, since I actually had been drunk in a bathtub.”

Meanwhile, “What Happened To Ryan” represents the emotional apex of the tape. Claustrophobic orchestration and tense keys only boost an emotionally charged crescendo laced with regret as she pleads, “Tell me when it’s over and maybe I’ll come over. We could be kids again. Not everything has to end.”

“I wrote it about a friend, but I relate it to myself,” she reveals. “My best friend from high school was drinking a lot. It got really bad. My friend went to rehab and completely changed as a person. It was super sad to see.”

This candor translates to social media where Jessie will discuss mental health and often engage directly with fans as they share their stories back to her.

In the end, Jessie might just be the storyteller we need right now.

“These are things I need to get out and want to hear,” she leaves off. “If I could do anything, I want to let people know they’re not going through this type of shit alone.” 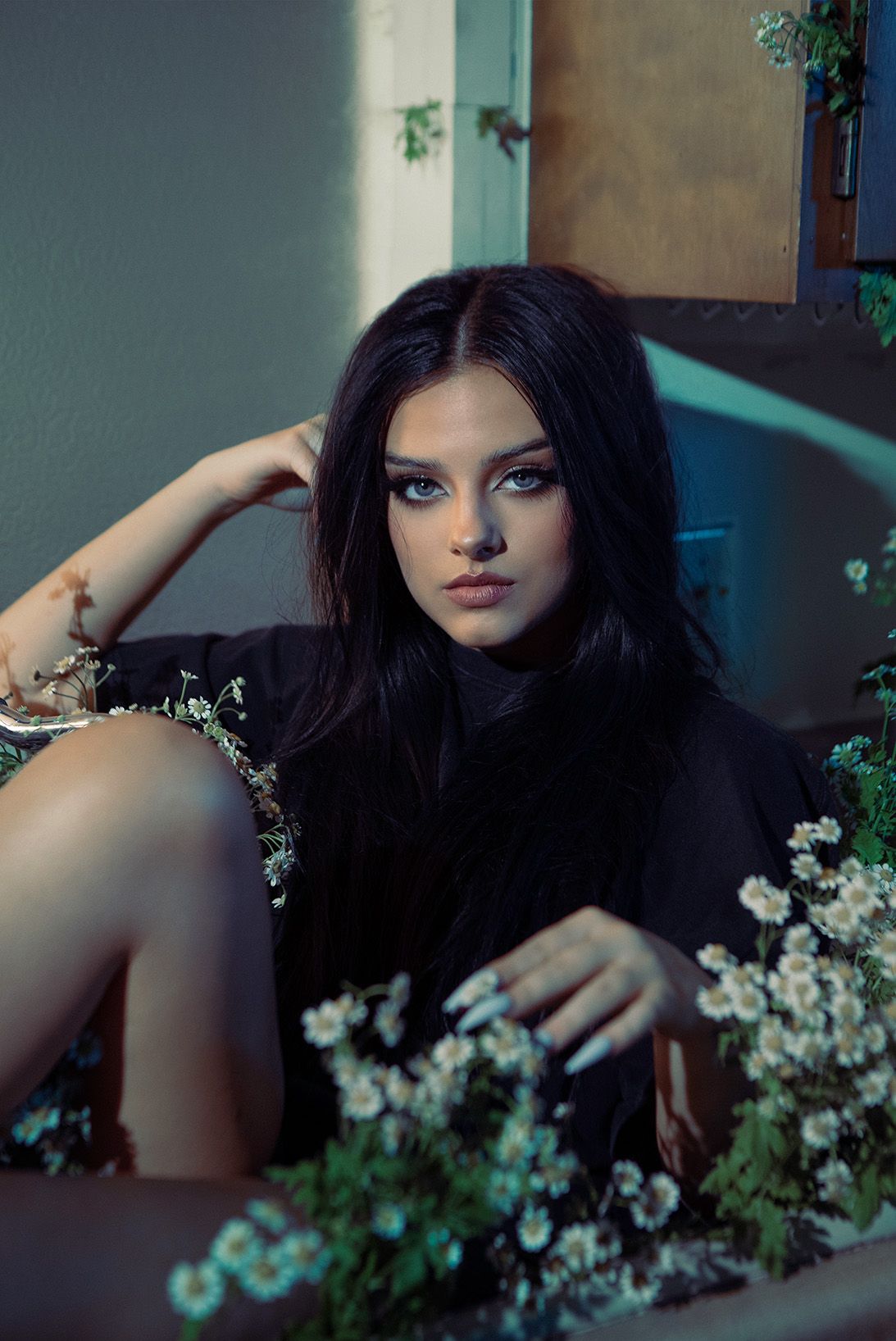