Jimbo Mathus and the Dial Back Sound


JIMBO MATHUS AND THE DIAL BACK SOUND

JIMBO MATHUS has blazed a singular path as a singer, songwriter, guitarist,producer and shaman for 40 years. Founder of New Orleans swing band SquirrelNut Zippers, he has recorded and released more than 300 songs. A body of workthat is a testament to his hoodoo craftsmanship and to the sounds, sights andspirits of his inspirations in the Deep South.

His latest album Incinerator, which debuted in Spring 2020 on Mississippi’s BigLegal Mess Records, is the epitome of that art - an incendiary reflection of hisworld in music. Incinerator was recorded in a burst of inspiration in Water Valley,Mississippi’s Dial Back Sound. Produced by Bronson Tew and Matt Patton,bassist of Drive by Truckers.

In 2021, a collaboration with Andrew Bird led to the album These 13. Released tocritical acclaim and high praise, the duo were once bandmates in Squirrel NutZippers. “Up until meeting Jimbo, all my musical heroes were dead,” Andrew Birdsaid in a statement. “Jimbo was anything but and just oozed musicality of a kind Ithought was extinct." 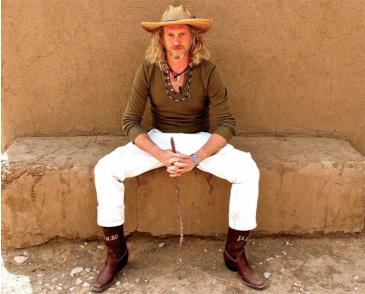 Jimbo Mathus and the Dial Back Sound