Four years after going on hiatus, Jimkata is back with a renewed sense of purpose and an extraordinary new album. Recorded in Syracuse with producer Jason Randall, Bonfires finds the trio digging deep and stretching their boundaries with bold, intoxicating arrangements fueled by swirling synthesizers and anthemic hooks. The songs here are at once modern and classic, blurring the lines between the organic and the electronic as they reckon with doubt, struggle, and perseverance in a search for truth and meaning. Like much of Jimkata’s catalog, Bonfires delivers transcendence in tight, dancefloor-ready packages, but there’s a sense of freedom at play that pushes the trio’s performances to new emotional heights, a kind of liberation that can only come from learning to let go of expectation and embrace the moment.

“I think the time away brought us all more maturity, more patience, an ability to see the bigger picture,” says singer/guitarist Evan Friedell. “We all gained a lot of perspective on life and the value of being in a band together.”
Indeed, the heart and soul of Jimkata has always been the enduring bonds between Friedell and his longtime bandmates, guitarist/keyboardist Aaron Gorsch and drummer Packy Lunn. Pals since middle school, the three launched Jimkata in 2005 while attending Ithaca College, where they quickly found an audience for their relentlessly feel-good performances, which grew from local house parties to club, theater, and festival dates on the strength of a series of critically acclaimed albums. Popdose hailed the band’s “bubbly sweetness,” while American Songwriter praised their “organic chemistry,” and Relix raved that the trio’s sound “proves that rock-based music still has a place in the world of four-on-the-floor beats.”

Electro-powerhouse, Tweed, is filling dance floors with their high-energy fusion of disco, rock, and electronica. Hailing from Philadelphia and birthed in Delaware, the four, and sometimes five or more, piece band takes listeners from multi-layered visions through the psyche to sweaty, raging dance parties driven by their own incessant beat. Just as their namesake fabric of mingling colors and textures, Tweed has interwoven a psychedelic web of composition and improvisation that has graced the stage of countless festivals, clubs, and concert halls across the United States since forming in 2010.

Some of their most notable performances include Peach Festival, Camp Bisco, Jam On The River, Brooklyn Bowl, Union Transfer, and the TLA having shared the bill with acts like the Disco Biscuits, Umphrey's McGee, STS9, Odesza, Tipper, Lotus, Reggie Watts, Pigeons Playing Ping Pong, Beats Antique, Lettuce, Papadosio, JRAD, and Santana.
With relentless style, blissful melody, and a uniquely cohesive sound, Tweed has proven they can bring the party anywhere they go. 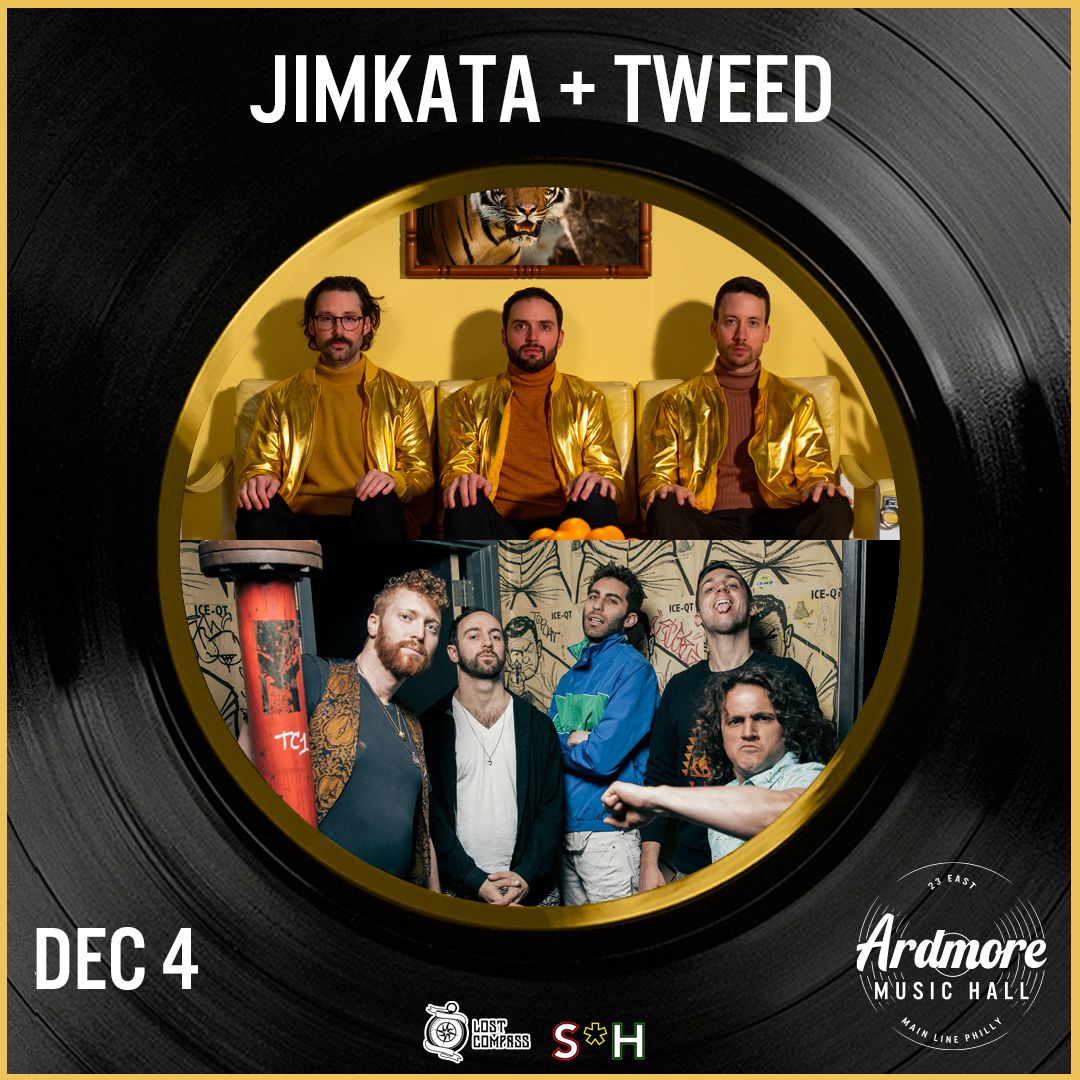