Comedy On The Main Stage

A night of LIVE stand-up comedy with comedians Jimmy Earll and Diego Curiel.

Born in French Canada, he is a Filipino-American with a backwoods, white boy name. Happily married to his college sweetheart, he is also a proud father of 2 sons. He is a busy dentist by day and a stand up comic by night.He's been seen on Amazon Prime- Laugh After Dark- Season 2...heard on Howard 101 on Sirius/XM Radio...he's had several stints on the Vegas Strip- Mandalay Bay, Planet Hollywood and The Las Vegas Hilton. He was selected for the 2009 San Francisco Comedy competition and has been in comedy tours in Canada, Saudi Arabia and Scandinavia. He's opened and toured with Russell Peters and Carlos Mencia...shared the stage with Norm McDonald and George Wallace just to name a few. He has the knack of making even the most obscure situations seem hilarious. Do not miss the chance to see him on stage.

Diego Curiel is a Stand up Comedian and writer.He has been a semi-finalist for the Shaq Comedy Allstars and Rooster Ts Comedy Contests, made the top 32 of The World Series Of Comedy, performed at The Sacramento Comedy Festival, and Westside Comedy Theater Stand Up Showdown Semi-finals. He has opened for Cameron Esposito,  Edwin San Juan, Tommy Davidson, and has featured for Sarah Tiana, Monique Marvez, Shang, Darren Carter, JR Deguzman, Taylor Tomlinson and Rich Vos. Diego has also been on Hulu( Stand up unfiltered season 1 episode 20), he performs at clubs, colleges, and private events across the USA, and can be seen on season 2 episode 2 of Laugh After Dark Season 2.  His debut comedy album "Diego Curiel: On The Spectrum" can be found on iTunes, Spotify and Pandora. 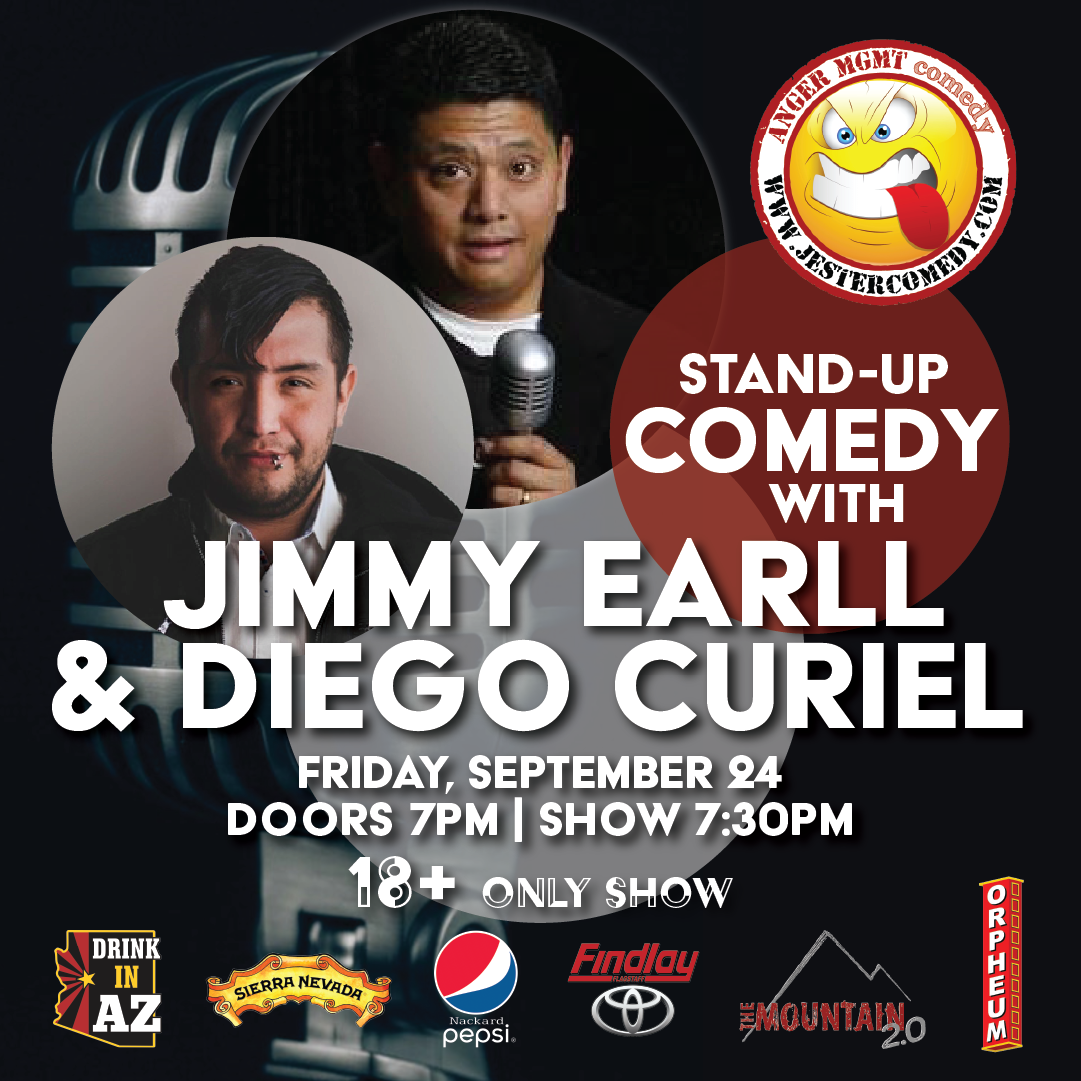