“Once I had chosen the archived songs, I realized that there was a narrative running through all of them,” says Pug. “ To complete that narrative, I had to write and record some new songs. But then once I had those new songs recorded, I had to improve the old ones. It was kind of like when you clean one room of your house and the only result is that it makes your other rooms look messier.”

“The Diving Sun” begins with a summer romance in the romping “Crescent Bridge” and continues with a bitter separation in the haunting “Wild Kind of Longing”. Finally, the album reconciles on a buoyant note of hope on “Ten Miles of Mercy” with the triumphant mellotron arrangement of Pat Sansone (Wilco, The Autumn Defense). Along the way, there’s a wry look at heartbreak with “None the Wiser” which lopes along with a beat courtesy of renowned session drummer JT Bates (Bon Iver, Taylor Swift, Bonny Light Horseman). Of course, no album about star-crossed lovers would be complete without a John-Cusack-Boombox-On-The-Lawn ballad like “Deep End” which features the wiley accordion of Philip Krohnengold (Sara Bareilles, Matt Berninger).

Joe Pug is a singer-songwriter noted for his lyrical acumen and plaintive harmonica style. After dropping out of college in his early twenties, he moved to Chicago where he worked as a carpenter before breaking into the city’s music scene. Since 2008, he has released a string of critically-acclaimed albums and toured heavily in the U.S. and abroad. Paste Magazine has written of his music, “Unless your surname is Dylan, Waits, Ritter, or Prine, you could face-palm yourself to death trying to pen songs half as inspired.”

He has toured with Steve Earle, Levon Helm, and Sturgill Simpson. In 2015, Brandon Flowers of The Killers personally tapped Joe to open a European tour after hearing his song “If Still It Can’t Be Found.” He has appeared at Lollapalooza, Bonnarroo, and The Newport Folk Festival.

Additionally, he is the creator and host of The Working Songwriter podcast, an interview show that has become a premier destination for songwriters to discuss their craft. Past guests have included Lucinda Williams, Ian Mackaye of Fugazi, Josh Ritter, Kathleen Edwards, and many more.

Produced jointly by Sam Outlaw and Delta Spirit’s Kelly Winrich and recorded with an all-star band that included guitarist Brian Whelan (Dwight Yoakam, Jim Lauderdale), fiddler Kristin Weber (Kacey Musgraves, Margo Price), and drummers Mark Stepro (Ben Kweller, Butch Walker) and Daniel Bailey (Everest, Father John Misty), ‘Desert Dove’ is an achingly beautiful collection, with songs that frequently find themselves balancing optimism and fatalism in the very same breath. There’s an undercurrent of yearning in Michaela’s music (the melancholy “Be Easy,” for instance, chases a peace of mind that never comes, while the breezy “Child Of The Wind” longs for connection and permanence in the face of perpetual itinerancy), as well as a fiercely feminine perspective that’s assured in its power and unapologetic in its candor. The prostitute of the title track challenges the traditional perception of women as a source of comfort and service for men (“You love them all the way they want and they need / But tell me who does your heart wish to please?” she asks), and the spirited “If I Wanted Your Opinion” offers up an all-purpose response to gendered condescension. 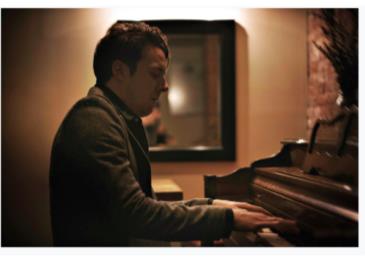