Bay Area---you know what to do, tickets are limited, see you on the dancefloor.

Hailing from a city steeped in house culture, Chicago’s John Summit has quickly become the hottest name in dance music following the release of ‘Deep End’ in June 2020 which became the longest-running Beatport #1 of the year, was named Pete Tong’s Essential New Tune, and drew support from BBC Radio1’s Annie Mac, Danny Howard, and MistaJam before making the Radio 1 main playlist.

Paving the way for the next wave of house music out of the US, Summit has already scored notable releases with label-giants Defected, Repopulate Mars, Dirtybird, and Solotoko. Catalogue highlights include his Beatport overall top 10 single “Forgotten One”, top 5 house single “Summertime Chi” with Lee Foss & Hayley May, and ‘Stimulate’ EP that reached #1 on tech house releases. His forward-thinking productions have also been supported by industry heavyweights of the highest order such as Diplo, MK, Fatboy Slim, Lee Foss and Solardo. 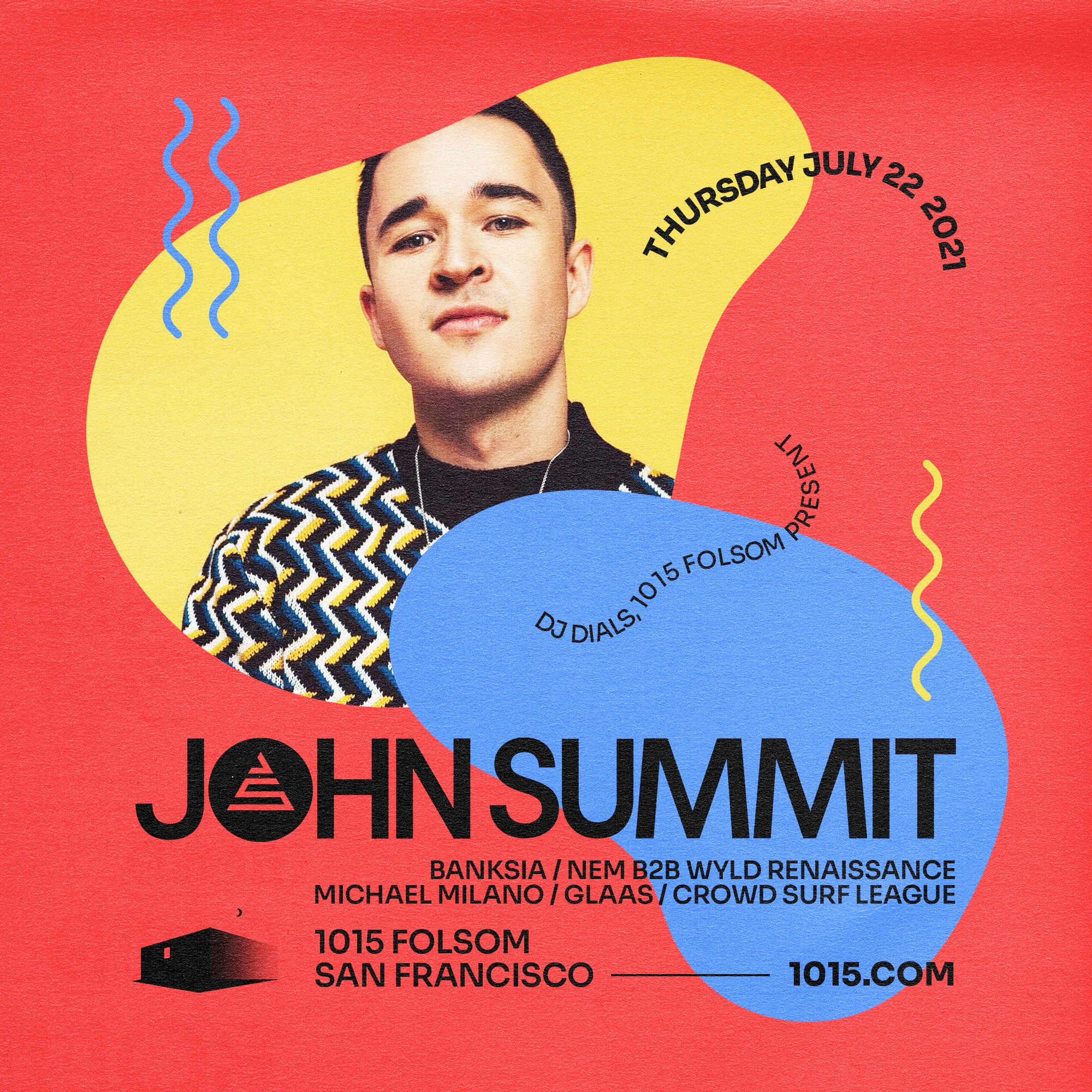