Jordan T is an international Island reggae superstar with a growing audience of over 4 Million streams on spotify alone, kicked his career off with his #1 hit Original, "Sunset Tonight", from his debut album "Bridges with the Vibes".
Former lead guitarist/vocalist of the Maui band Maoli (HI) relentlessly pursued his dreams which led him to play as lead guitarist/vocalist touring the globe with the legendary international reggae band, Katchafire (NZ). His music is a mainstay on Hawaiian and international reggae radio stations in O’ahu, Maui, Big Island of Hawai’i, Guam, Tahiti, Cali, Japan, and various European stations. His most renowned singles include his #1 hawaiian hit, “Sunset Tonight” 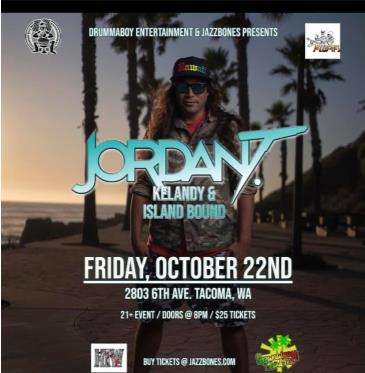