From the moment he started talking, singer/songwriter Joseph Allen had a dream – to compete on America’s Got Talent. On June 4, 2019, that dream came true. After an emotional performance of his original song, “Footprints”, Joseph not only brought the studio audience to their feet, but impressed judge Howie Mandel so much that he received his Golden Buzzer. His performance of “Footprints” won him fans across the country and the world, with the clip receiving over 30 million views on YouTube.

The youngest of 12 children, Joseph was always a driven person and had aspirations of being a motocross racer. After numerous broken bones, nine screws, a four-inch titanium plate, four internal nylon ropes, two metal anchors, and his mother’s advice, Joseph put his racing career behind him, replacing a motorcycle with a microphone and falling in love with music.

Before leaving for college, Joseph wrote an original song for his mother, which he posted on Facebook. The song began to go viral, with people sharing it across social media. Recognizing the fact that his music was generating interest and because of his love of music, Joseph took a job as a certified tire technician to save up $5,000, which he used to build a recording studio in his dorm room. In addition to composing songs, Joseph also taught himself how to engineer, mix and produce his own music.

Once Joseph started sharing his songs on social media, he also began to build a following and got the attention of America’s Got Talent. When he made his first appearance on the popular competition show, Joseph recalled that, “Just the initial response that I got in the first place from walking out on that stage was something that made me feel at home.” He sang “Footprints”, got the Golden Buzzer, experienced AGT host Terry Crews hoisting him into the air and became one of the standouts of the season.

Since his appearance on AGT, Joseph continues to produce original music for his fans that he releases weekly on his YouTube channel and is taking his music on the road to share with his fans across the country. 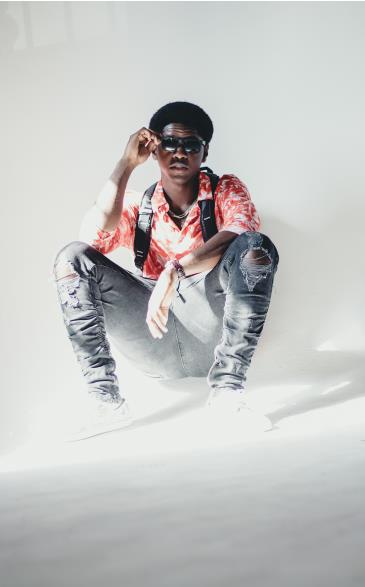