Processing...
400243
158365
Josh Kelley's Indianapolis date at LO-FI Lounge has been rescheduled for November 19.  All tickets purchased for the original date will be honored on the rescheduled date. Please direct any questions to boxoffice@mokbpresents.com.  You can follow our ongoing list of affected shows here: http://bit.ly/mokb-hifi-covid19updates
JOIN WAITLIST

Josh Kelley's Indianapolis date at LO-FI Lounge has been rescheduled for November 19.  All tickets purchased for the original date will be honored on the rescheduled date. Please direct any questions to boxoffice@mokbpresents.com.  You can follow our ongoing list of affected shows here: http://bit.ly/mokb-hifi-covid19updates

Josh Kelley launched his artist career in 2001 out of his college dorm room that propelled him into the industry with his hit song “Amazing”. It was the most played song of the year on pop radio and topped the charts at number 5. Since then Josh has toured with some of music’s biggest names including Taylor Swift, Dave Matthews Band, and Lady Antebellum. Josh has been in his studio for the past two years developing new music and his new record set to release in June of 2020. All of the songs to be released on the project were written by Josh and he also 2020 plans also include a US Spring tour to be followed by a 3 week European tour in the fall. The next chapter of Josh Kelley will be a further testament of the artist and songwriter he truly is.

Born in Montgomery Alabama, on the 4th of July. But she might tell you that life really began for her when she moved to Nashville and initiated the serious pursuit of a lifelong passion—country music. Raised by her maternal grandparents, Harper was always around music, whether listening to her grandfather’s band on Friday night, the church choir Sunday morning or her personal favorites like Reba, Johnny Cash and Patsy Cline on the radio, Harper never turned down an opportunity to be around music. When the chance to audition for The Glee Project was presented to her, of course she took it. She won the role and became part of the popular talent competition reality show affiliated with the hit TV show Glee. Following Glee Project, she moved to Nashville, more determined than ever to pursue her dream of becoming a songwriter and country artist. Her debut album released October 6, 2017 to what is promising to only be the start for this artist. 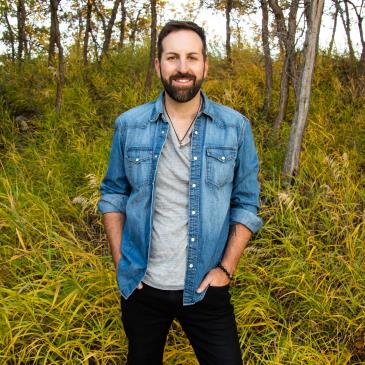