“Like a baseball player who quietly hits 30 home runs every year or a golfer who regularly finishes in the Top Ten, Josh Rouse's continued streak of excellence is easy to ignore and maybe even downplay a little” -- Tim Sendra, Allmusic.com

You don’t have to work hard to enjoy Rouse’s music. His songs present themselves to you with an open heart, an innate intelligence and an absolute lack of pretension. They are clear-eyed, empathetic and penetrating. Without pandering, they seek to satisfy both your ear and your understanding. The verses draw you in with telling detail, both musical and thematic, and the choruses lift and deliver. They resolve without seeming overly tidy or pat.

Josh Rouse was born in Nebraska, and following an itinerant upbringing he eventually landed in Nashville where he recorded his debut Dressed Like Nebraska (1998).  The album’s acclaim led to tours with Aimee Mann, Mark Etzel and the late Vic Chestnut. The follow up- Home (2000)—yielded the song “Directions” which Cameron Crowe used in his film Vanilla Sky.

“Every time I’ve made a record, I’ve tried to make it different from the last one,” says Rouse. “I always became fascinated by a different style of music. But at the end of the day, no matter how eclectic I try to make it, it’s my voice and melodic sensibility that tie things together."

For his breakthrough album, 1972 (2003),which happens to be the year he was born, Rouse decided to cheer up a bit. Noting that he’d earned a reputation for melancholy, he says, with a laugh, “I figured this is my career, I might as well try to enjoy it.” While the Seventies are often identified with singer-songwriters, Rouse was primarily attracted to the warmer sound of albums back then, as well as the more communal feel of the soul music of that time.  The follow up,  Nashville (2005)continued the hot streak and expanded his audience further.

After relocating to  Valencia, Spain with his wife Paz, Rouse has released a steady stream of high quality songs and albums. Subtitulo (2006)contained the international indie folk hit "Quiet Town". On El Turista (2010) he even experimented with writing and singing some songs in Spanish. In  2014, he won a Goya Award (the Spanish equivalent of an Oscar) for best song for "Do You Really Want To Be In Love," from the film 'La Gran Familia Española.'

The Embers of Time, was one of his strongest—self-described as “my surreal, ex-pat, therapy record.”  He followed that up with Love In the Modern Age, which took its musical inspiration from the thinking man’s pop of the eighties: The Blue Nile, Prefab Sprout and the Style Council. And in 2019 he tackled the Christmas album on The Holiday Sounds of Josh Rouse but instead of well-worn carols or classics, he wrote an entire record of original holiday themed pop songs.

Ali Sperry, when faced with a year of trauma, racial reckoning, and downright worldwide existential crisis, did what she has always done — turned inward and wrote songs that channeled, mirrored and ultimately DISTILLED those cultural currents — distilled is the operative word, here, as she and her producer, Jamie Dick, wisely avoid long-form folk indulgence for streamlined contours and razor hooks that feel more rock/pop than folk, and are fairly begging for a decent car stereo and an open road.

Ali, in her singing and writing, is the people’s champ of the “less is more" ethos. There is a slight echo of Laurel Canyon in the sonics of the record, and, always, the confident under-singing of a woman who knows her words and melodies will happily do the heavy lifting.

She and Jamie have brought in an absolute murderers' row of beloved Nashville players, including Jen Gunderman, Audley Freed, Sadler Vaden, Joe Pisapia, Owen Biddle, Kai Welch, Kristin Weber, Rich Hinman, and a slew of other bright lights. It's a testament to both their instincts and their respect for Sperry’s presence and voice, that it never feels like a cavalcade of assembled star-turns, but a real love-in of massively talented musical souls.

Jamie Dick’s production artfully maintains the connective tissue from song to song, and always gives pride of place to Sperry’s voice and truth telling.  Raised by musician/Transcendental Meditation-teacher parents in Fairfield, Iowa, music has been a constant thread throughout Sperry’s life and was the driving force that brought her to Nashville in 2009. She is such a beloved presence around Nashville -co-writing, teaching yoga or lending a listening ear to friends in high-end coffee shops or low-end dives … who knows how much the world will be able to get her away for extended touring…..we can hope. Nevertheless, this is a record that should quietly find its way into a lot of needy hearts. 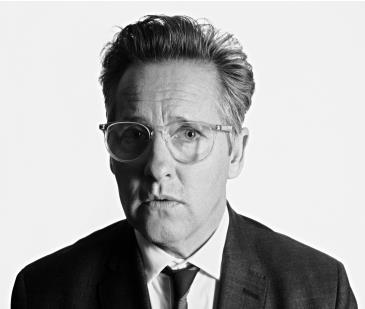