With her major label debut album, in defense of my own happiness, Joy Oladokun is forging her own path, sharing the unique perspective she's gained from living in today's world as a black, queer woman and first-generation child of Nigerian immigrants. Born in Arizona and now living in Nashville, her musical exploration began at age ten when she was inspired to learn guitar after seeing a video of Tracy Chapman -- the first time she'd ever seen a black woman play the instrument. The new record, which features collaborations with Maren Morris, Jensen McRae and Penny & Sparrow, has been named one of the "Best Albums of 2021 So Far" by Variety and Rolling Stone, who proclaims, "a serious talent with a kind of low-key, casual ease...she's always seeking out the light to point the way, making for one of the year's most uplifting listens." Additionally, NPR Music declares, "She has a remarkable ability to distill how forces at work in the world...she can make even social and political protest feel like an intimate, warmly human act." Oladokun also released a special deluxe album this summer, in defense of my own happiness (complete), which features all 14 tracks from in defense of my own happiness, ten songs from her self-released 2020 record, in defense of my own happiness (the beginnings), and new track "judas." Most recently, Oladokun has collaborated with Brandi Carlile and Lucie Silvas on new song "We Don't Know We're Living" as well as with Noah Kahan on his track, "Someone Like You."

Adding to her breakout year, Oladokun was recently featured as part of NPR Music's "Tiny Desk (Home) Concert" series, performed on "The Tonight Show Starring Jimmy Fallon," "The Late Show with Stephen Colbert" and "TODAY" and will make her debut on PBS' "Austin City Limits" early next year as part of the legendary program's 47th season. She has also been named a member of the #YouTubeBlack Voices Class of 2021, a NPR Music/Slingshot's 2021 Artists to Watch, a Billboard LGBTQ Artist of the Month, Spotify's RADAR US: Artists to Watch 2021 and Amazon Music's Artists to Watch 2021, was highlighted as part of HULU's "Your Attention Please: The Concert" alongside 24kGoldn, Kiana Ledé, Lil Yachty and Swae Lee, and had her music featured on CBS' "CSI: Vegas," NBC's "This Is Us," ABC's "Grey's Anatomy," ABC's "Station 19" and NBC's "America's Got Talent." After performing shows earlier this summer with Leon Bridges, Cautious Clay and Dermot Kennedy, Oladokun will continue to tour throughout the fall, including several dates supporting Jason Isbell and the 400 Unit and Pink Sweat$. 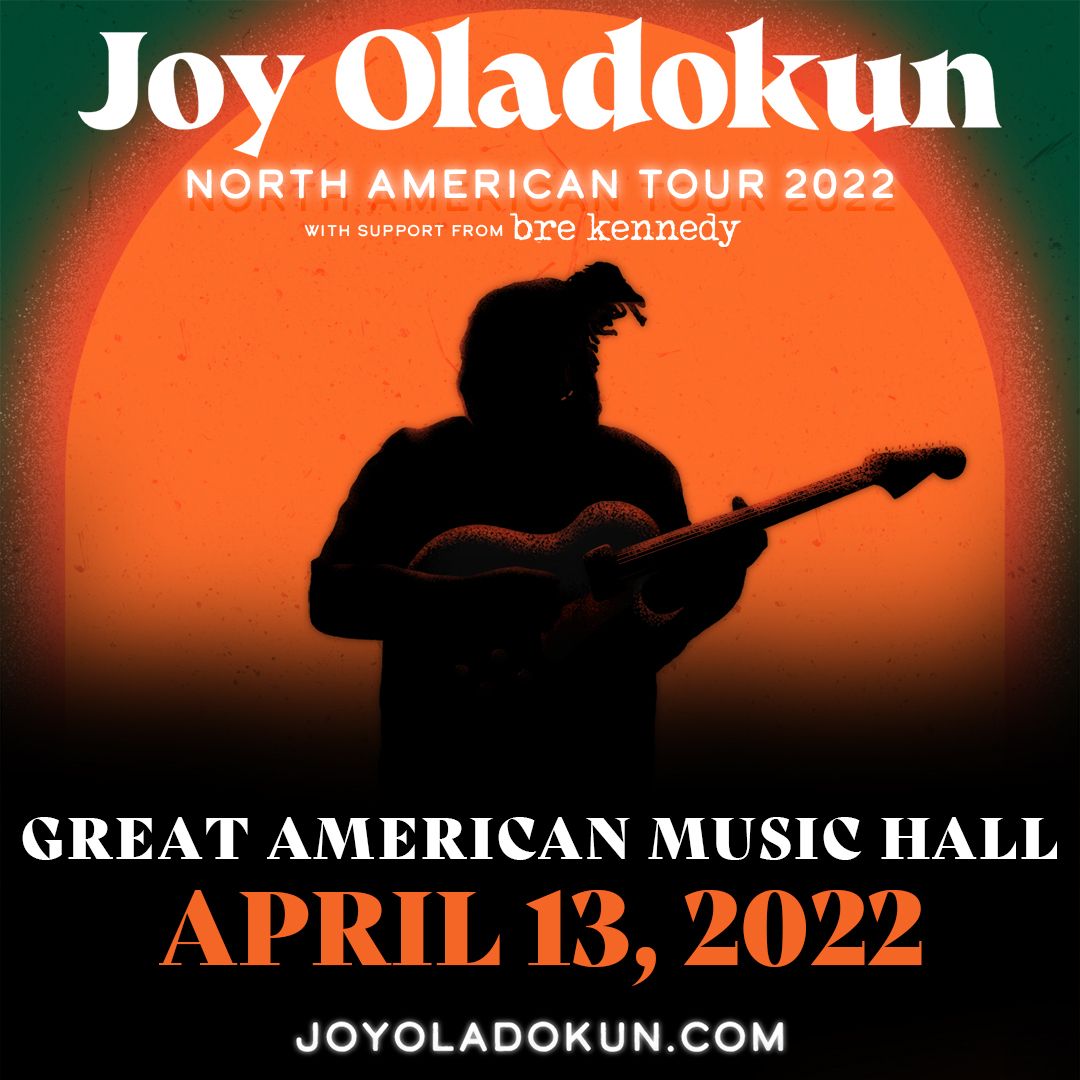