June Of 44
It has been written far and wide that June of 44 is from
Louisville, Kentucky and in fact founding member Jeff
Mueller is indeed a native of Louisville, yet June of 44 as a
band began existence in the fall of 1994 in New York City.
October and November of that year saw the band record
it's first record "Engine Takes to the Water" at James
Murphy's Downtown Brooklyn location of his Plantain
Studios as well as performing their first series of concerts.
Throughout the nineties Mueller with Doug Scharin, Fred
Erskine, and Sean Meadows would continue to make
records for Chicago's Quarterstick Records and play
concerts in Taiwan, Guatemala, Europe, Australia, and
North America.
In 2018, June of 44 started playing select concerts
again, and is currently working on new music. 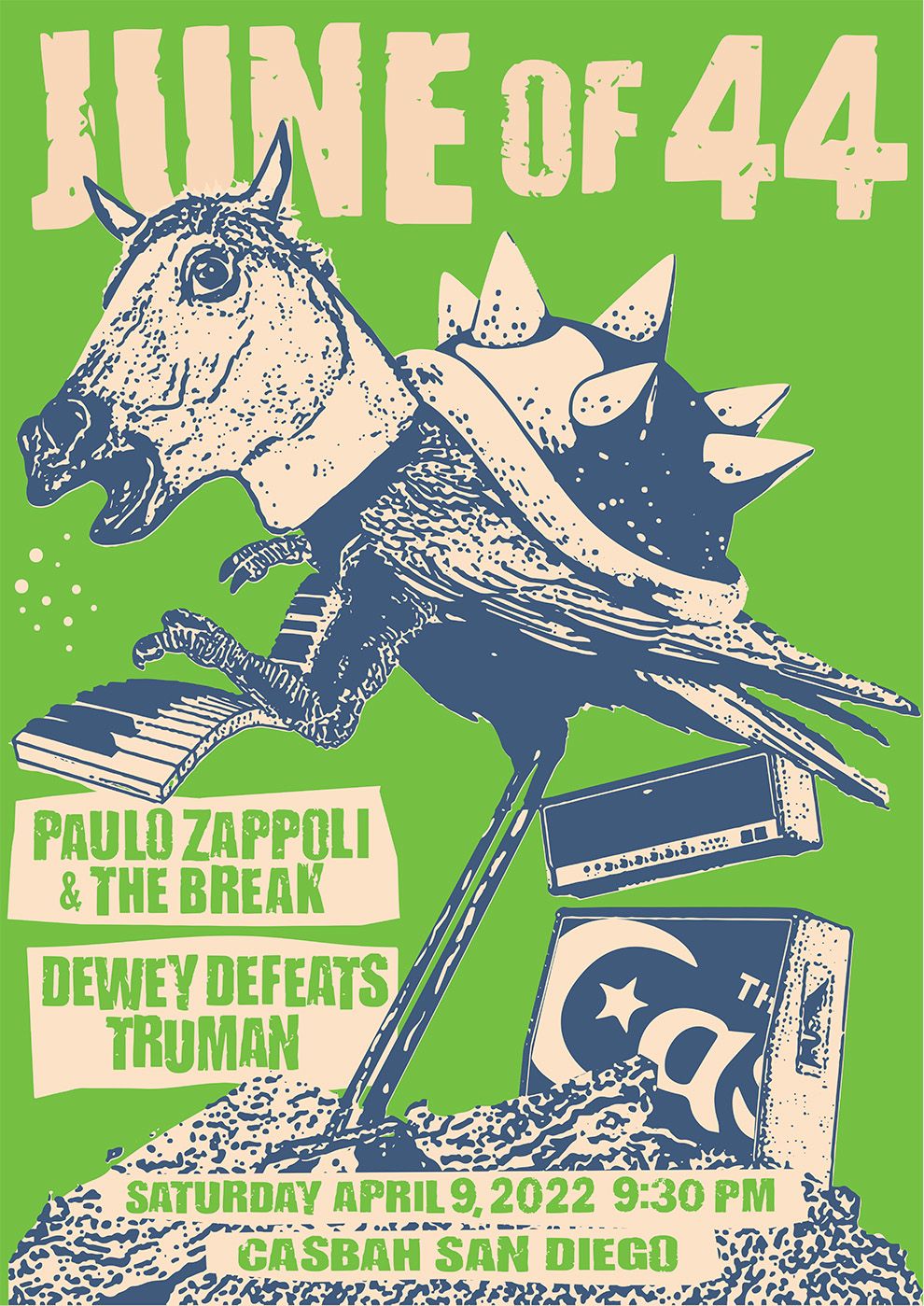