Julian Junior Marvin was born in Kingston, Jamaica. He moved to London as a child, where his family and the UK theater community nurtured his love for acting and music. He appeared in The Beatles’ film Help, followed by a number of successful appearances on British television. Julian Junior was also a member of the London cast of the musical Hair and can be heard on the original London cast recording.

After playing in various London-based bands, including Blue Ace Unit, Herbie Goins & The Night-Timers, White Rabbit, and Salt & Pepper, Julian Junior continued his musical apprenticeship in America, playing with such Blues and R&B legends as T-Bone Walker, Billy Preston and Ike & Tina Turner. He quickly earned a reputation as an innovative and expressive blues/rock guitarist.

Invited to join the Keef Hartley Band, pioneers of the burgeoning British blues/rock scene, Julian Junior made a significant contribution as a writer, singer and lead guitarist to their acclaimed Seventy-Second Brave album. He also appeared on their follow-up release Lancashire Hustler.

Julian Junior followed up with his own rock band, Hanson, who was quickly signed to Emerson, Lake & Palmer’s Manticore label by Mario “The Big M” Medious, label manager. This was followed by the Hanson album Magic Dragon.

Since then, Julian Junior has released four CDs with The Wailers Band: ID, Majestic Warriors, Jah Message and My Friends (Live),numerous solo projects include “Wailin’ For Love,” “Smokin’,” “To The Big M Music,” and “Lion To Zion Dub Wise.” In 2002, Julian Junior was included in Guitar World Magazine’s “Top 100 Guitarists of All Time” for his guitar solo on “Africa Unite” from the Bob Marley & the Wailers Survival album.Julian Junior has also been a featured player on albums by Burning Spear, Bunny Wailer, Beres Hammond, Culture, Joe Higgs, SOJA, The Meditations, Israel Vibration, Alpha Blondy, The Congos, and Alborosie, amongst others.

After touring with many incarnations of The Wailers since Bob Marley’s passing, Julian Junior has stepped out to front his own unique version of The Wailers, playing and singing Bob Marley & the Wailers hit songs the way Bob intended them to be heard. 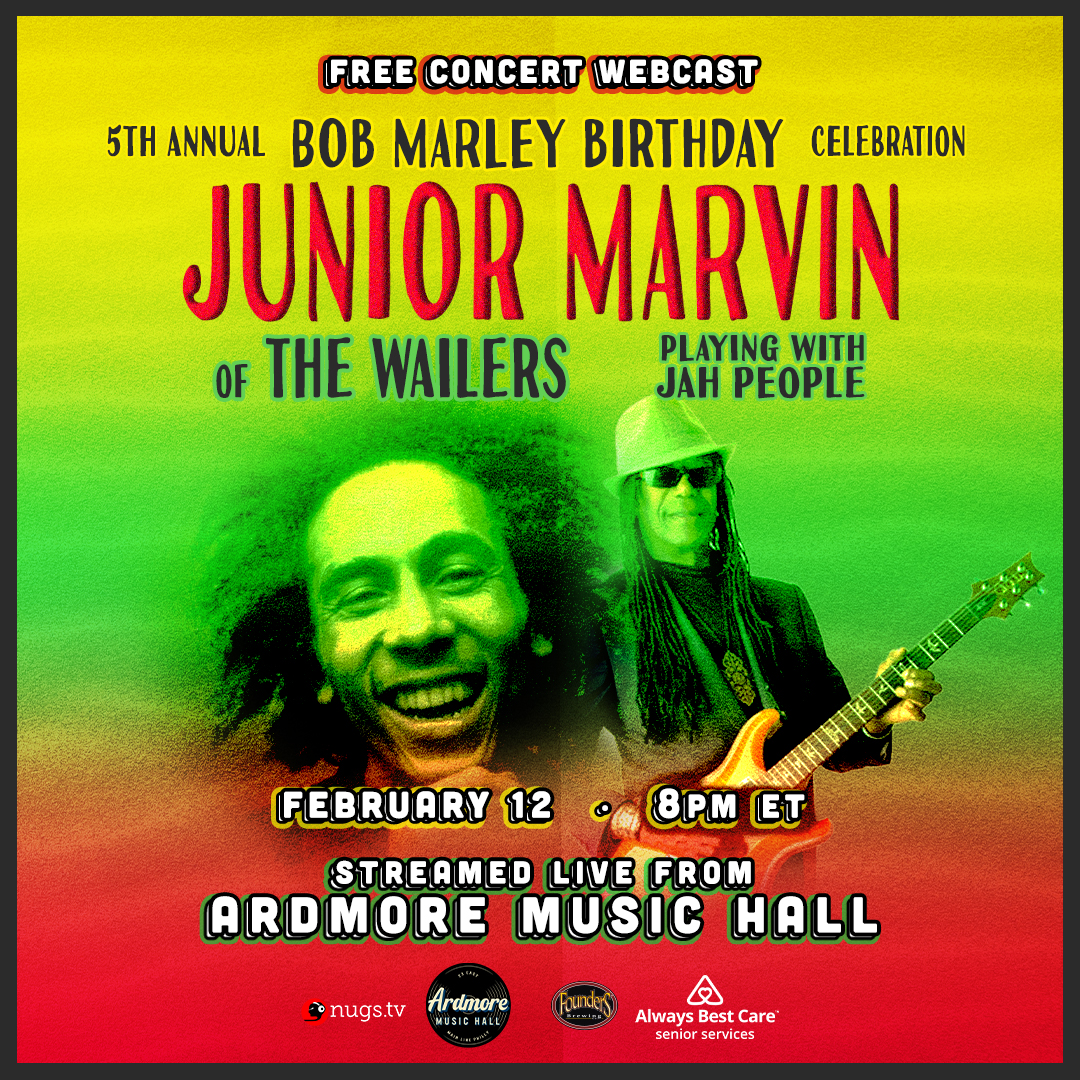