Boom Boom Room is bringing out the FUNK & the PSYCHEDELIC DANCE ELECTRICITY in this all night stellar vibes party with P-Funk Allstar... RonKat Spearman's...

KATDELIC
RonKat is a grammy nominated/song writer of the year winner. He was a vocalist/musician with George Clinton and Parliament Funkadelic from 2000 to 2010. Touring the world with GCPF has enriched his talents and pushed his skills to even higher levels of achievement. RONKAT’s music is a combination of funk and rock. Bridging unbelievably tasteful elements of multi-genres in a musical blend of pure magic. Katdelic began as RonKat’s off the road project for the past few years but as of 2010 (with George Clinton’s Blessing) Ronkat devoted all of his time and work to work on his D.O.T.M.S. (Dance On The Mothership) CD .Ronkat picks up on the incredibly high standard set forth by George Clinton with Funkadelic. He takes this framework and contextures it to a new paradigm of futuristic jubilance. Dr. Funkenstein himself show up in this and personally hands over to Ronkat the keys to the ever-mystical and Fonk-N on Mothership. Just when you thought the funk could get no deeper, it just did. Ronkat Spearman has delivered the best funk record of the year. It crackles, bubbles, grinds and oozes with so much sonic groove. Ronkat is one of the new breed of multi-instrumentalist, producer-visionaries out of the bubbling Bay Area Funk scene. Every…track….rocks. All songs written, produced, performed, engineered, mixed, vocals and lyrics by Ronkat Spearman. Ronkat’s genius perpetually serves up one good groove after another the not only packs a dance floor, it challenges the listener to soul-search and self-examine through uncanny thought-provoking lyrical imagery. This Kat has something to say.

SPYN RESET
(Seattle)
Seattle’s Spyn Reset have been steadily gaining momentum in the Western United States thanks to their compelling ability to “blend electro and dance music with the polyrhythmic complexity of prog metal.” – ReGen Magazine

Spyn Reset was born out of frontman / synth player YASU’s desire to meld his Japanese music background and love heavy synths lead with the math rock, prog, and grunge he grew up listening to. Written over three years, their new LP Dots was produced by the band and Geoff Ott (Queens of the Stone Age / Three Doors Down).

“At once structurally challenging and melodically accessible—a difficult feat.” – The Stranger

Their debut LP Objects in the Abstract, recorded as a sextet including with the addition of a saxophonist, percussionist, and organ player, is an instrumental album originally intended for soundtrack purposes. Four Dimensional Audio, the follow up release (and first with current drummer Pierson Martin) was recorded as a guitar-free quartet with Evan McPherson on bass, later evolving into switching off with guitar. Still searching for their sound, the bands direction changed one fateful day when YASU brought his Moog synth to rehearsal. 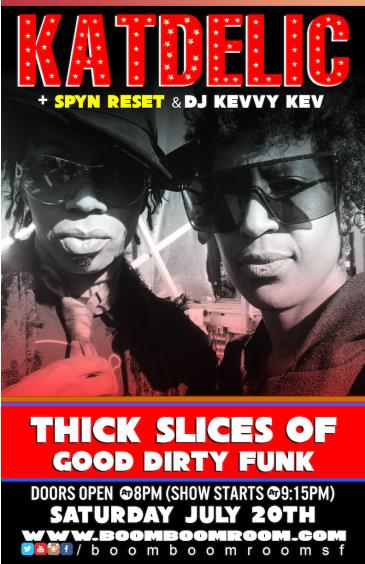