Kevin Bong, aka ‘KBONG’ is a multi-instrumental artist who is well known for his “key” role in reggaeband Stick Figure. Touring with the group since 2012, KBong has solidified his place as one of thetop keyboard players in today’s current Reggae scene. Kbong’s first studio album ‘Hopes andDreams’ released in 2014 which features him as the prominent song writer. The summer anthem“Livin Easy” features Scott Woodruff and the rest of Stick Figure. Other collaborations on the albuminclude singer/songwriter Hirie, producer Johnny Cosmic and producer Alific. You’ll hear a mix up oftasty musical ingredients that include ska, reggae, beachy surf vibes and catchy acoustic guitar riffs.Once you hear his style you will be hooked because it’s fresh and pleasing to the ears. Look out forhis second solo album “Easy To Love You” releasing in 2018.

with JOHNNY COSMIC and BRENDAN CLEMENTE 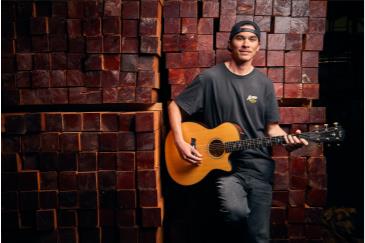