KYLE GASS MUST SAVE THE WORLD TOUR 2021

KYLE GASS MUST SAVE THE WORLD TOUR 2021

WITH HIS BAND O’ BROZE

Kyle Gass of Tenacious D is finally back on tour in October! After a one-year "vacci-cation" on his Californian farm, posting tons of fun videos on his social channels while waiting for his shot, Kyle did what he does best: Killing time by writing great songs. When he finally got the call, Kyle got really, really nervous which resulted in the new single release of "Vaccinated" - a parody of the Ramones classic "I Wanna Be Sedated" along with a video featuring longtime friends like Jack Black, Amy Lee, John C Reilly, Steve Lukather, and many others.

Due to the incredibly great response to the "Vaccinated" release, and because he was tired of drinking home-squeezed orange juice all day, Kyle went for it again. He knew the time was as ripe as the fruits on his citrus trees for the world to be saved with his super rock powers. So, he rounded up the most virtuosic musicians in California to put on a rock show the world has never seen. Kyle and his Band O’ Broze will blow the thick layers of dust off your ears like a rock ‘n’ roll hurricane you have never experienced before.

The couch apocalypse is over, it’s the beginning of a new era: The Kyle Gass Must Save The World Tour 2021 is on! You’re welcome.

Additionally, Kyle will have comedian and Podcast World Champion, Chris Fairbanks, along for the ride to open all the KG Must Save The World Tour shows:

Chris Fairbanks has delighted audiences for more than two decades in comedy clubs across the country and on Comedy Central, TruTV, TBS, Fox and Amazon. Originally from Montana, Fairbanks found his way down to Austin and launched his comedy career, then moved to Los Angeles where he can be found skateboarding on a recently replaced hip or recording his popular podcast Do You Need a Ride?! co-hosted by Karen Kilgariff. 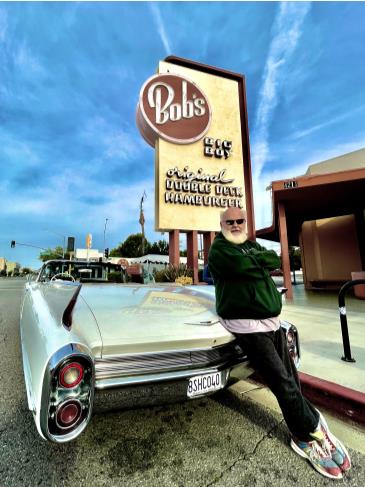