Established in 1993, Boston’s Karate released six albums and played nearly 700 shows in 20 countries during their 12-year run. Geoff Farina, Gavin McCarthy, Eamonn Vitt, and later, Jeff Goddard decelerated and deconstructed their post-punk influences for their first three full-lengths, and merged the results with post-war jazz, blues, and other disparate influences for their genre-bending Unsolved, Some Boots, and Pockets albums. In 2021 Karate partnered with The Numero Group to deliver physical and digital releases of their long out-of-print catalog. In July of 2022, Karate will meet again on stage for the first time in 17 years.

Quattracenta is a three-piece art rock band from Baltimore, MD.

The trio’s name is a feminized reference to an Italian cultural movement of the 1400s — the Quattrocento — which saw the end of the Medieval period and the dawn of the Renaissance. Like an early Renaissance painting, the music of Quattracenta is grand, saturnine, and cathartic.

Quattracenta formed in 2016, after guitarist/vocalist Sarah Matas (Home Recording Project) moved from Chicago to Baltimore and began to connect with other experienced local players, including bassist Christian Sturgis (The Uniform, Lo Moda) and drummer Andrea Shearer (Saddle of Centaur, Pariah Piranha). In the ensuing years, Quattracenta has toured the mid-Atlantic region and become a staple of the live music scene in Baltimore, performing venues like Otto bar and the Baltimore Soundstage.

Drawing on elements of post-punk, no wave, dub, and psychedelia, Quattracenta’s moody, genre-expansive music echoes influences like Slint, Earth, PJ Harvey, and The Birthday Party, anchored by Matas’ yearning guitar and lyrical meditations on mortality, and framed by Sturgis’ distorted, writhing bass lines and Shearer’s spacious, minimalist drumming.  Together, Quattracenta establishes a riveting and dramatic atmosphere on every stage they occupy.

Offstage, the trio’s easy personable demeanor stands in contrast to their music, showing a band in which friendship fuels the collaboration.

“We have a bond in knowing we all feel similarly, that making music is a place of refuge. Our music is a product of our emotional fragilities coming to light, bred out of a trust and support for one another in our most vulnerable states,” says Matas.

Their most recent record "II" was produced by JRobbins (Jawbox, Government Issue) and was released on October 16, 2020 by Bob Nastanovich's (Pavement, Silver Jews) Brokers Tip label, with distribution via Dischord Records Direct. 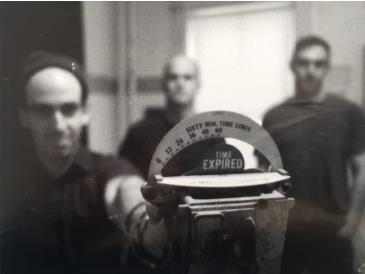