Kevin has four CD’s “Random Groove”, “Collage”, “Special Edition” which includes special guest saxophonist Marion Meadows and “Travels” which was released on September 2015, the CD release party was held at the legendary jazz club “ Blues Alley” as part of their 50th Year Celebration. All songs are original compositions written and composed by Kevin. The new CD “Travels” is doing well in across the country and overseas. You can find the “Travels” online at CDBaby, Amazon, I-Tunes, other Internet markets and local record stores.

Kevin Howard’s smooth dynamic sound, warm personality and infectious smile will have you yearning for more. Together with his band of world-class musicians, the sounds you’ll experience are tantalizing, smooth, dynamic, and mesmerizing. They project energy, passion and charisma in concert that is the essence of the Kevin Howard Experience. Kevin is a true entertainer. 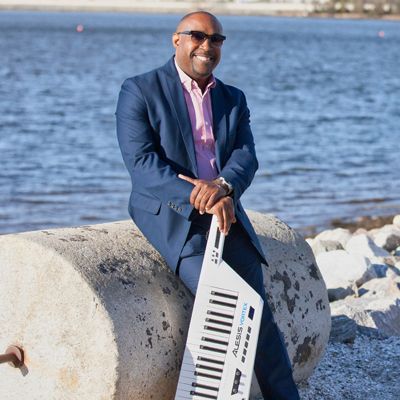