Key Lewis On The Main Stage

PLEASE ENTER A VALID EMAIL TO RECEIVE YOUR ETIX

Stand-up Comedy with Key Lewis LIVE inside on the main stage of the historic Orpheum Theater in downtown Flagstaff!

Key Lewis is a high energy, improvisational, storytelling, multiple-personality nutcase! His love for the people and hunger for the stage is his undying motivation.

His comedic stories about his interracial childhood, family, and unusual views on relationships, make Key simply a joy to watch. His ability to improvise and interact with all types of crowds makes this hilarious stand up comic, one to look out for.

Kerri Gallagher is a witty thirtysomething living in Phoenix. Originally from a suburb of Philadelphia, Kerri jokes about married life, pop culture and everything in between. In 2019 she was a Clean Comedy Showcase winner at the San Diego Comedy Festival and the "Best of Fest" winner at Big Pine Comedy Festival. Follow Kerri for all her @kgcomedy for upcoming performances and exciting projects! 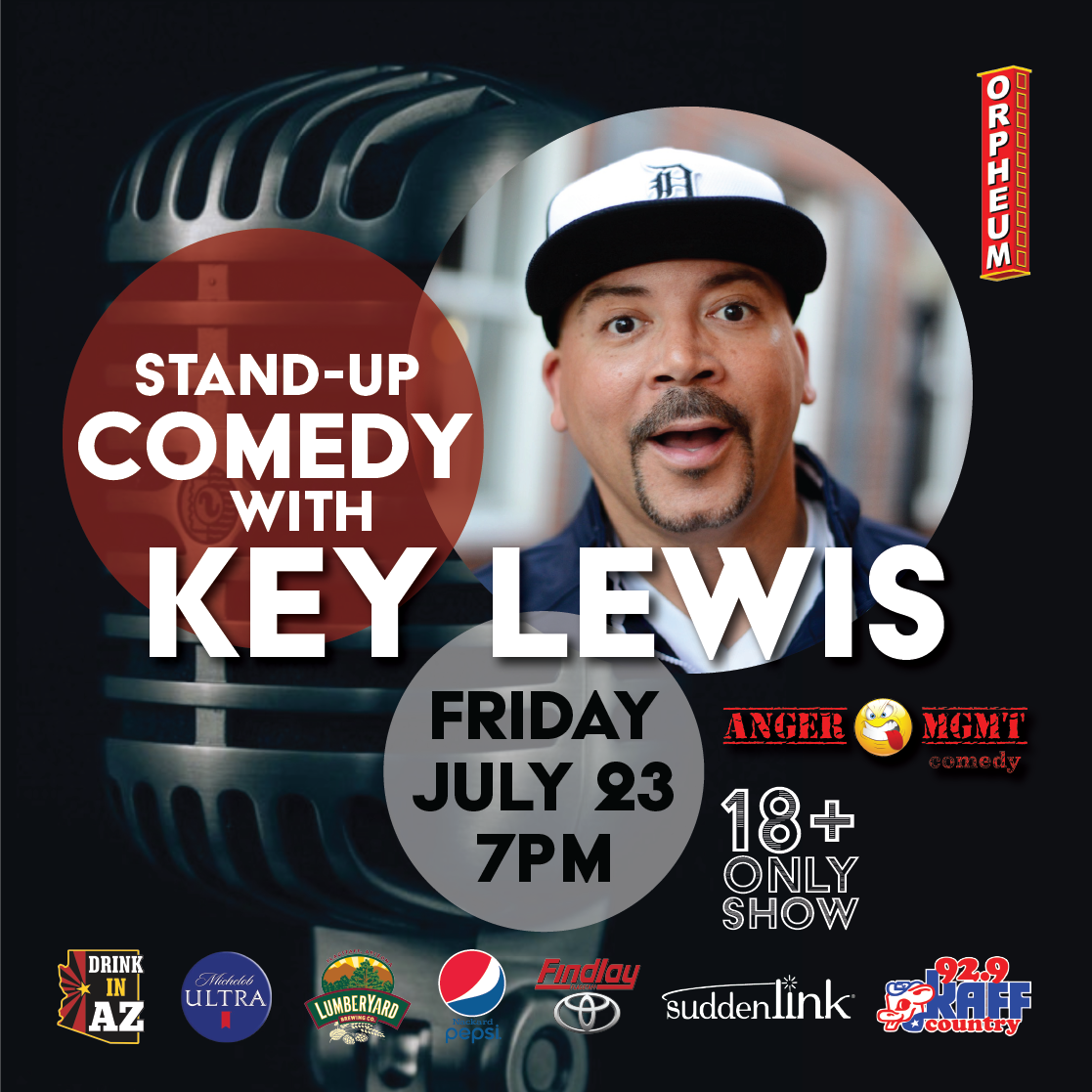 Key Lewis On The Main Stage