21+. All attendees must be able to display full proof of Covid vaccination.

Fate would have it that the two would begin a musical journey inside a micro brewery in Rio de Janeiro Brazil. Amidst the sound of heavy machinery and the smell of boiling hops the Austinite David Wilson and Brazilian born New Yorker Leo Moretti began exploring electro/acoustic timbre that would turn into Kid Le Chat.  Nostalgia of their 1980's upbringing would lead the way through this unplanned musical endeavor. The band’s first studio album “Hey Sunny” produced by Bryce Goggin and Bobby Lewis will be released March 8.

Sean McVerry:
A careful combination of wandering melodies, with dollar-store theatrics yield the body work that artist and composer Sean McVerry creates. At his core, his crooning sensibilities lay on top a bed of warbling synthesizers, florid keyboard arrangements, and a relentless groove. His lyrical vernacular is earnest and at times hectic, dancing along the bar lines creating a musical palette brimming with potential energy.

The Brooklyn-based artist has lent his musical vocabulary in various corners of the industry from Hip Hop production for artists such as J.I.D. and Princess Nokia, to playing with Danger Mouse, Karen O and AURORA. He has released two EP’s and a handful of singles to positive critical review from publications such as Mic.com, Impose, and Paste Magazine.

From his debut Hourglass Switchboard I and II, Sean has explored the sonic palettes reminiscent of bands such as Grizzly Bear and LCD Soundsystem, to his new wave fever dream Private Lives which explored the neon synth pulses of Tears for Fears and Duran Duran. He is a humble student of music and a product of his ever-changing environment. His debut full length “Death of The Golden Boy” was released September 18th 2020 via AntiFragile Music.
Lily Jeanette:
Singer-songwriter Lily Jeanette brings you into her world of sound and creates language for feelings. She’s recorded, produced and played live shows with her brothers for the last five years in NYC. Her musical style lives between Alt-Rock Blues, singer-songwriter Indie, and emotional Dance Rock. Follow and stream @Lilyjeanette. Look out for her album release in May 2022.
Boyfriend Genes:
Boyfriend Genes, is an indie-pop duo from Brooklyn, NY, consisting of brothers Thomas and Travis Shaver. From a young age, the brothers began to learn and play multiple instruments with the help of their fathers music store. After realizing they had a shared interest in music creation, they decided on a collaboration that personified their vision. The duo writes, records, and produces directly from their apartment studio, and has developed an immersive live performance, consisting of custom visuals and lighting as a further extension of the music. 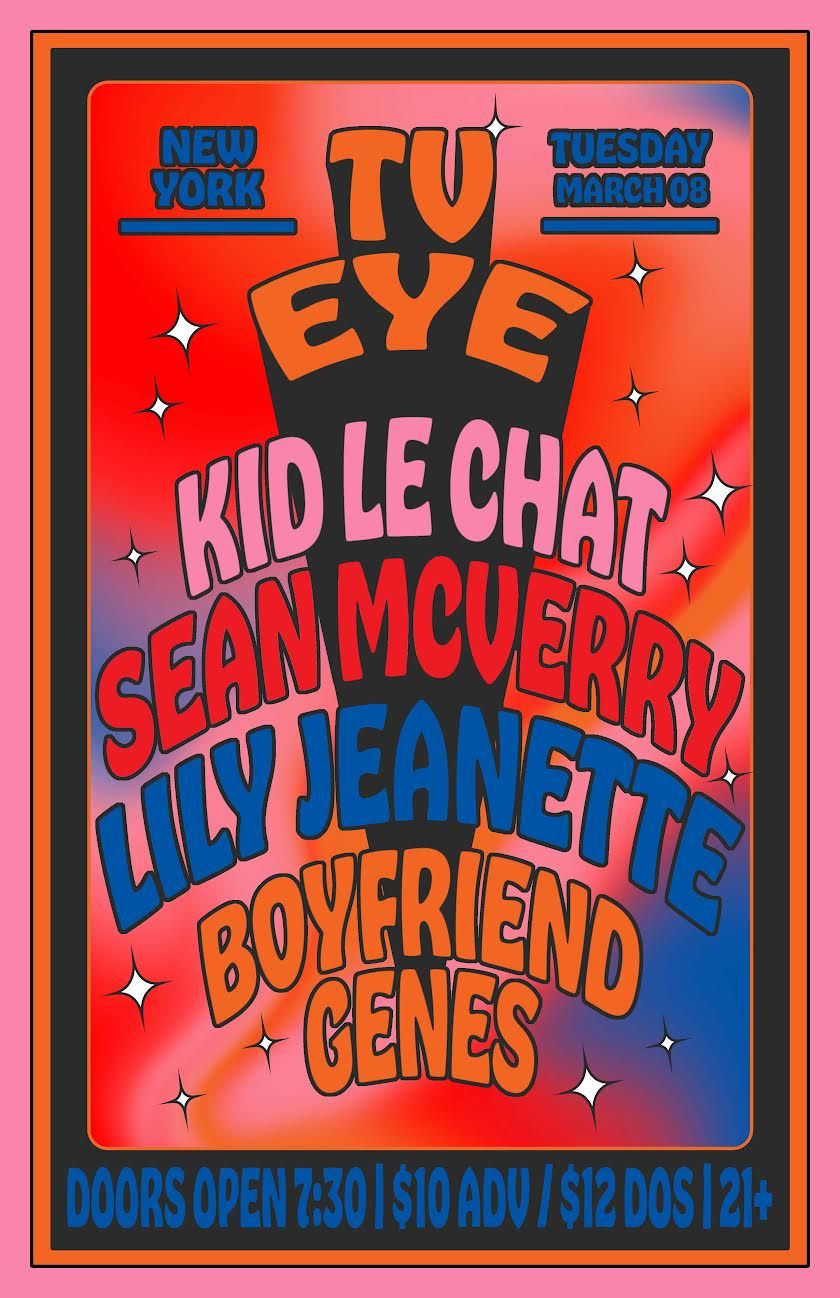