There are times in our life when we feel magic in the air. When new love arrives, or we find ourselves lost in a moment of creation with others who share our vision. A sense that: this is who I want to be. This is what I want to share.
It’s a fleeting feeling and one that Kyle Thomas, the singer-songwriter who records and performs as King Tuff, found himself longing for in the spring of 2020.

But knowing he couldn’t simply recreate this time in his life at will, Thomas—who hails from Brattleboro, Vermont—set out to write a love letter to those cherished moments of inspiration and to the small town that formed him. The one where he first nurtured his songwriting impulses, bouncing ideas off other like-minded artists. The kind of place where the changing of the seasons always delivered a sense of perspective and fresh artistic inspiration. Where he felt a deeper connection with nature and sense of community that had once been so close at hand.

“I wanted to make an album to remind myself that life is magical,” he reflects. And so, Thomas seized upon his memories, creating what he calls “an album about love and nature and youth.”

The result is Smalltown Stardust, a spiritual, tender and ultimately joyous record that might come as a shock to those with only a passing knowledge of the artist’s back catalog. On Smalltown Stardust, Thomas takes us on his journey to a place where past and present collide, where he can be a dreamer in love with all that he sees. Images of his youth abound: from Route 91 which runs through his hometown (in “Smalltown Stardust”); to Redtooth, a spectre who used to roam the streets (“Bandits Of Blue Sky”); to old friends, old haunts and old dreams (“Always Find Me”); to Vermont’s Rock River, which gave its name to a song of a torch still burning for past love: “Those days are gone and we can’t rewind/ Cuz people grow and places change/ But my love for you will never fade away.”

But at the core of Smalltown Stardust is Thomas’s desire to commune with nature on a spiritual level. Images of the natural world, from blizzards to green mountains to cloudy days, fill the songs and create a setting unmistakably far away from Los Angeles. “I consider nature to be my religion,” he explains, and Smalltown Stardust is nothing if not a spiritual exploration. Thomas’s identification as a sort of eternal spiritual seeker is underscored in one of the album’s sweetest moments, “A Meditation,” which features a home audio recording of Thomas as an eight year old, trying his hand at leading a meditation. It’s a journey that he continues to this day, as he intones on “Portrait of God”: “Walking in the woods, wading in the river” and “breathing in the mountain air” before heading back to a place where he finds himself “Oil painting in my garage/ Let my colors flow/ I’m working on my portrait of God.”

While so much of Smalltown Stardust invokes idealized traces and places of Thomas’s past, the album’s recording process made his communal vision a reality. Thomas’s Los Angeles home in 2020 formed a micro-scene of sorts, with housemates Meg Duffy (Hand Habits) and Sasami Ashworth recording their own heralded albums (2021’s Fun House and 2022’s Squeeze, respectively) at the same time.

A shared spirit dominated an era spent largely on the premises, with Thomas serving as engineer and contributor to both records, and Ashworth working as co-producer on Smalltown Stardust. Thomas describes the time with a fitting metaphor: “I’ve always thrived around other people making things. You want to bloom with each other.” Ashworth’s contributions are vital to the album: she co-wrote a majority of the record and contributed vocals, arrangements, and instrumentation to each song. As Thomas notes, “I tried to follow her vision a lot. It helps to open your world to collaborators. You always get something completely different than you would have expected.”

With the gorgeous orchestral tones of “Love Letter to Plants,” it’s immediately clear that Thomas is declaring a wider vision of what his music can be. Gone are many of the squalling guitars of previous King Tuff records, replaced with thoughtful, tender touches of cello and violin on “Love Letter to Plants,” “Pebbles In A Stream” and “The Bandits Of Blue Sky”; a plaintive saxophone on “Always Find Me”; and orchestral vocal harmonies with Ashworth that lift the songs to a celestial plane. (Though the rollicking, joyous leads on “Portrait of God” show Thomas hasn’t lost his touch on guitar.) On “How I Love,” Thomas makes clear that all of this is by design: “So lost in nothing but noise for so many years, I forgot to love.”

In the end, Smalltown Stardust is not merely a nostalgia trip. In making the record, Thomas not only conjured a special time in his life, he found new inspiration, surrounded by a small circle of collaborators and a sense of love and wonder for nature. If the first King Tuff record was content to merely state Thomas was no longer dead, Smalltown Stardust is a paean to what that life means. A statement of belief and a hymnal to the magic still to behold all around us. “I’m a different person now than I was 20 years ago when I first started it. But oddly, when I first started the band, it was more like this,” he says. Which is to say, things have come full circle. Or as Thomas intones on “The Wheel”:

“Ooh we were just kids then…
Caught up in the turning of the wheel….
And it’s coming ‘round again.” 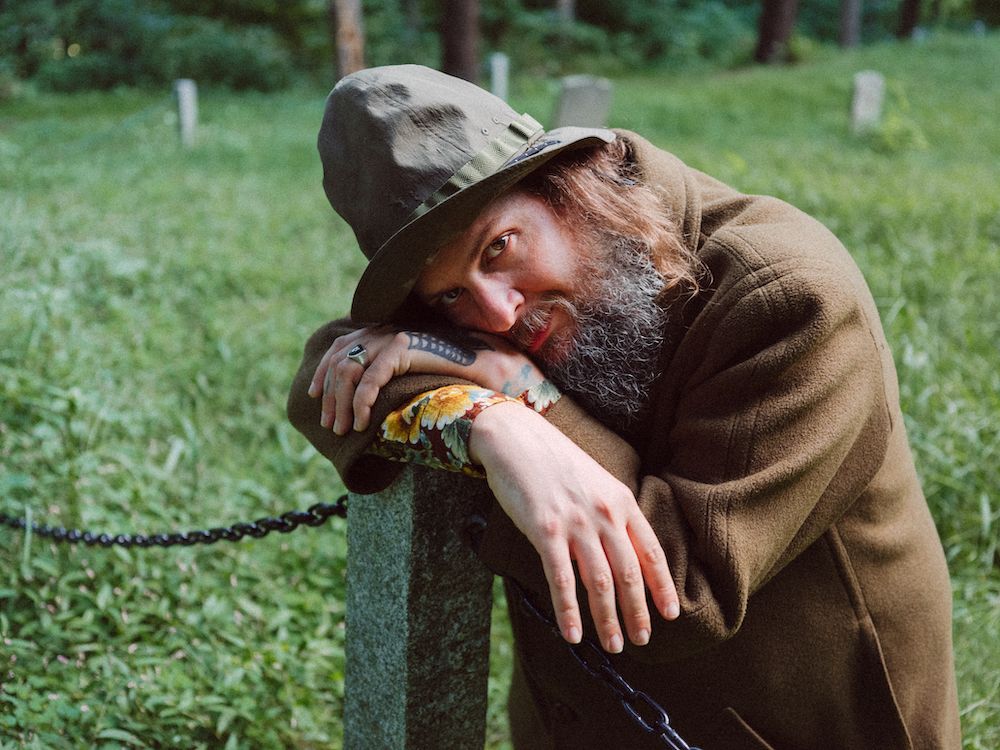