Kings Kaleidoscope is an American alternative rock band based in Seattle, led by producer, singer, and songwriter Chad Gardner. Their music features an eclectic range of electronic, woodwind, string, and brass instruments, with a musical style described as indie rock, meets hip hop production with a sprinkle of Disney.

The marriage of electronic and analog soundscapes is a love letter to Motown and math rock, with illustrative lyricism that runs the gamut of haunting, uplifting, and resolved. Singer/songwriter Chad Gardner carries these lyrics with a soulful treatment that compliments calculated drum work to create a balance between groove and mathematics.

Having started off set to be a professional volleyballplayer, Ward’s career plans took a dramatic turn when a video of her singing inthe college cafeteria went viral.  Shewas then taken under the wing of legendary producer Rick Rubin (Def Jam) andended up signing with American Recordings/Republic Records and moving toL.A.  Despite touring with both the ZacBrown Band and Lukas Nelson, recording vocals for U2’s Bono’s ‘Women of theWorld’ campaign, and performing her first single ‘Mirror’ on the Jay-Z episodeof David Letterman’s ‘My Next Guest Needs No Introduction’, Ward began torealize things were not headed where she wanted to be. In 2020 she made thebrave decision to leave her deal, regroup and become an independent artist. 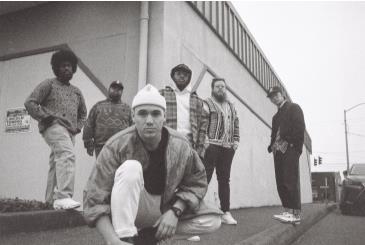