English producer and DJ, Kryder, is no stranger to LA or AVALON. The House extraordinaire is making his way back to us on December 2nd with a special four-hour set. Kryder is well known for his hit track Aphrodite which release on Axtone Records, as well as his remix of All That Matters by Kölsch ft Troels Abrahamsen.

Along with his artist career, Kryder is also the label boss of The Sosumi Records label boss, which Kryder uses to enable fresh new talent to bring their ideas and visions to the masses without limitations. The record label’s mission is all about giving the listening public, game changing dance music…at no cost.

California’s own Frank Nitty will be warming up the night with a fun set. 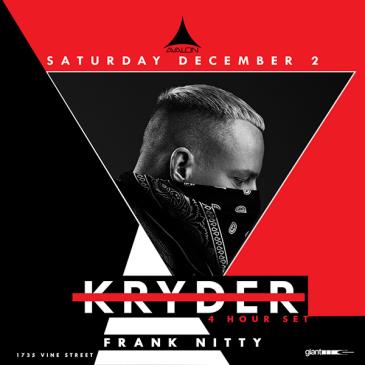