Rich, warm compositions bursting with blossoming strings, pulsing bass, and haunting vocals fill the catalog of Frameworks, Manchester-based performer and producer Matthew James Brewer. Adding his sophomore LP, KINGS, to his previous two EP's for Loci Records last year, Brewer has built an arsenal of deeply personal songs that move the body and mind. KINGS featured Ninja Tune's Jono McCleery, who joins fellow UK standout JP Cooper among the high-profile vocalists who have contributed to the Frameworks project across downtempo, organic house, and subtle hip-hop. His debut album, Tides, released in 2015 by First Word Records first thrust the producer into the international spotlight, granting him a following in the United States.

Frameworks has made a splash on the North American festival circuit, performing at Coachella, Electric Forest, Lightning in a Bottle, Camp Bisco, Global Eclipse Gathering, and the 20th anniversary of Shambhala. He's also toured in Europe alongside Loci Records founder Emancipator. This year, Brewer has been touring the Frameworks live band lineup with drummer Cory Eberhard (Pretty Lights, Dubskin), violinist Jessica Borth (Spectacle), and bassist Keith Thomas (O-Neb, Philsh). Taking the Frameworks catalog to new and evocative heights, the live band brings a depth and focus that demands to be experienced.

You wouldn’t think that growing up in the Swiss Alps in the 90′s wouldbe the best place to be exposed to some of New York’s bestunderground hip hop. However anglo-swiss producer Laurent Clerc,AKA Little People, argues he couldn’t have been in a better place.Thanks to the forward thinking programming of Laurent’s local radiostation and a DJ with his finger on the pulse of a golden age in themaking in New York – Laurent’s musical education in all things hip hopwas of the highest order. An old Mac and a stack of old LPs were merecatalysts for Laurent to try and emulate the sounds from across thepond.A subsequent move to the UK introduced electronica to his broadeningtaste and influenced his own sound. Then followed work soundtrackingshort films and theater productions which added a cinematic elementto his repertoire. Following a disheartening stint doing someproduction work for a Paris based hip hop label convinced Laurent thathe should be doing things on his own terms. A self released EP led tobeing picked up by Illicit Recordings in London – through which“Mickey Mouse Operation” was eventually released. This was 2006 andhis debut album only made a very modest splash. Over thesubsequent years, however, it turned into something of a sleeper ‘hit’– gathering fervent support in the US and slowly climbing the USiTunes electronic chart in the process.Little people’s sound is part beats, bleeps and snippets of otherpeople’s music. Stemming from hip hop, it effortlessly combines warmsynths, intricate melodies and string arrangements. The cinematicquality of his sound led to his music being used on CSI and othershows in the US and UK.

Yppah (born Joe Corrales Jr.) has forged a career marked by ethereality and dynamism. Brought up onequal parts My Bloody Valentine and hip-hop, he has utilized a number of instruments and techniques inforging his place in the uplifting (yet firmly grounded) world his music inhabits. Previous records (2006’sYou Are Beautiful At All Times, 2009’s They Know What Ghost Know, 2012’s Eighty One) have harnessedhis cultural heritage and relentless curiosity to brilliant effect, landing placements in films (21), videogames (Alone In The Dark) and television series (House, CSI) as well as taking him on tour around theglobe.Tiny Pause is informed in large part by shifts in Yppah’slife since his last work. Having toured the album,moved from Texas to Southern California and transitioned into more ambitious commercial work (fortrailers, sound design and music libraries), Yppah soon found himself embracing hardware in a big way,experimenting with gear constantly while writing to find the best-suited combination for his workflow.The addition of two dogs to his home and a newfound hobby of surfing round out Yppah’s biggestinfluencers for the direction of the new record. And it all shows-the celestial dips and rises in“Occasional Magic,” the cascade of drums in “Little Dreamer,” the fractured ascent of “Spider Hands,”and the human-tinged glitches of “Neighborhoods” all point to an artist matured not only in sound butin perspective. 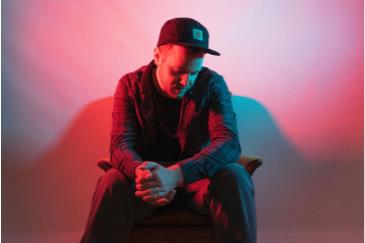