Louis the Child has partnered with PLUS1 so that a portion of proceeds goes to support Global Wildlife Conservation for their work conserving the diversity of life on Earth. globalwildlife.org.

Reserved seating is available for $199 and guarantees a seat in the reserved section. If necessary, groups will be paired together at tables. Seating is based on time of purchase and the configuration of groups.

There is a ticket limit of 4 GA OR 6 RESERVED per customer based on address, credit card, email address, or other information. Multiple accounts may not be used to exceed these ticket limits. Limits for each show may vary and are listed on the individual show purchase page.

Orders exceeding published limits, or any tickets purchased for resale, or the resale or attempted resale of any ticket at a price greater than face value is a violation of our ticketing policy and we may cancel a portion or all of such orders without notice.  Ticketing violations may result in the prohibition of future ticket purchases. In each such case, service fees charged for the purchase of tickets may be retained by Belly Up Aspen.  We reserve the right to change the delivery method from Digital Delivery to Will Call for release on the night of the show.

Supporting acts may be changed or cancelled without notice, however such change or cancellation is not grounds for refunds.

Tickets purchased from any source other than bellyupaspen.com or seetickets.us may not be valid and in such case, you will be denied entry to the show.    Inquiries should be  made to ticketing@bellyupaspen.com.

ALL SALES ARE FINAL AND WE DO NOT OFFER REFUNDS OR EXCHANGES, EXCEPT FOR CANCELLED OR POSTPONED EVENTS (REFER TO SPECIFIC EVENT FOR DETAILS).

Louis The Child float through electronic, pop, and alternative with wide-eyed wonder, adventurous spirit, and the elation of being present. Since 2013, the Chicago-bred duo—Freddy Kennett and Robby Hauldren—have popped off as a phenomenon streamed over one billion streams on Spotify alone and endorsed by pop royalty such as Taylor Swift and Lorde. Along the way, the boys packed hallowed venues such as Red Rocks Amphitheatre in Morrison, CO and New York’s Terminal 5 where they sold out a three-night stand. In addition, Louis The Child made explosive appearances at Coachella, Lollapalooza, Bonnaroo, Electric Forest, and beyond. Not to mention, they garnered acclaim from Billboard, Rolling Stone, People Magazine, Hypebeast, Dancing Astronaut, covered the Summer 2020 Issue of DJ Times, and more.  In 2020, they unveiled their full-length debut the aptly titled Here For Now [Interscope]. Over the course of the record, the group deliver 14 anthemic affirmations of a universal truth, including “Every Color” with Foster The People, “Little Things” with Quin XCII and Chelsea Cutler, and the single “Big Love” with EARTHGANG, which was the 2021 Turner Sports March Madness theme song. Later in 2020, the pair released the Candy 2 album, a 19-track mixtape that follows the original Candy tape they released exclusively on Soundcloud in 2017. They also dropped two additional singles, “Self-Care” Feat. COIN, and “Somewhere Else” with BabyJake. 2021 marks the Euphoria era for Louis The Child, during which they will be releasing their next single “So What” Feat. ARIZONA, leading into the Euphoria EP. 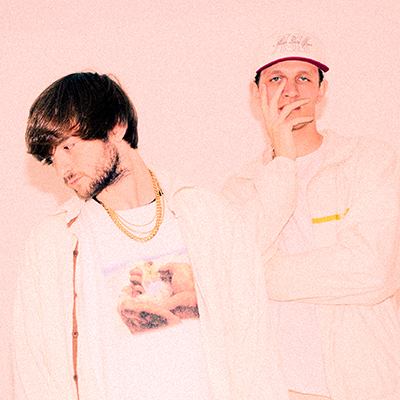