La Dispute is an American post-hardcore band from Grand Rapids, Michigan, formed in 2004. The current lineup is vocalist Jordan Dreyer, drummer Brad Vander Lugt, guitarist Chad Morgan-Sterenberg, guitarist Corey Stroffolino and bass guitarist Adam Vass. The band released their debut album, Vancouver, in 2006 on Friction Records and then temporarily signed to Forest Life records where they released Here, Hear. and Untitled 7" in May 2008. Their second studio album Somewhere at the Bottom of the River Between Vega and Altair was released in conjunction with Here, Hear II. on No Sleep Records in November 2008. Here, Hear III. (2009), The Worth of the World (2010) and Never Come Undone (2011) then followed before releasing their third studio album, Wildlife (2011). Their fourth studio album, Rooms of the House, was released on March 18, 2014. Panorama, their fifth studio album, was released on March 22, 2019, almost exactly five years later. 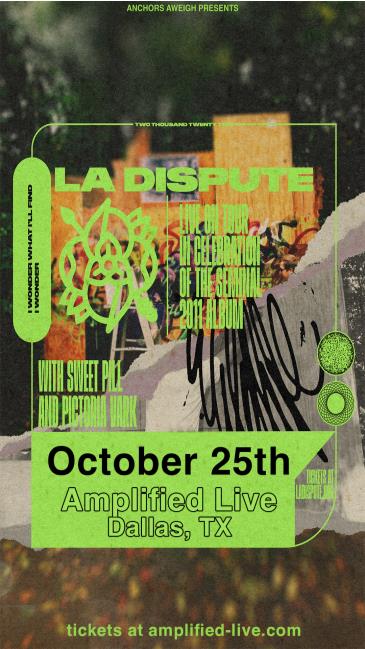