Lady Lamb is the stage name used by Aly Spaltro, a singer, songwriter and producer whose music is a beguiling and imaginative fusion of folk, pop, and indie rock. Spaltro was born in Portsmouth, New Hampshire in 1989. She spent the majority of her childhood in the Southwest with a three year stint in Germany before relocating to Brunswick, Maine with her family in 2003. A serious film enthusiast, she took a job at the local video store, Bart & Greg’s DVD Explosion, during a gap year before entering film school. Spaltro was working the closing shift, and with the permission of the owners, she used the space as a makeshift music studio after hours. In 2010 she moved to Brooklyn, NY and was eventually approached by Ba Da Bing Records to record an album. In 2013 Ripely Pine became Lady Lamb’s first nationally distributed release. The album earned enthusiastic reviews and led to extensive touring in the United States, Europe, and the United Kingdom. She jumped to Mom + Pop Records for her next full-length album, 2015’s ‘AFTER.’ It landed on the Billboard rock, independent, and Heatseekers albums charts. She followed it in late 2016 with the self-produced EP Tender Warriors Club recorded at Kristian Matsson’s home studio in Sweden. After much anticipation, her 3rd full-length LP, Even in the Tremor, was released on Ba Da Bing Records in April 2019. Spaltro is currently writing her 4th album in southern Maine.

In a society buoyed by lies, it takes strength to confront the truth. Unlovely, the third full length album from The Ballroom Thieves, isn’t about the complete absence of beauty. Instead, the eleven tracks on the band's latest LP are a sonic encapsulation of emotional and political dissonance, the constant state of discomfort that’s enveloped the world for the past few years.

“We write about the things that are important to us and right now, it’s impossible to ignore the inadequate state of the world,” says Earley. “We just wrote the songs that came out of us and they happened to be largely political.” He continues, “In an ideal world, we would never write a political record—there’d be nothing extreme enough to warrant it.”

Tackling subjects as weighty as greed, inequality, privilege, and narcissism, and as light as fulfillment and adoration, Unlovely offers a track for every occasion, whether you’re furious, depressed, exhausted, or hopeful. Songs like “Homme Run” and the title track boil over with exasperation and disgust, rage and resentment running through every line in protest of today’s global status quo. Others like “Love is Easy” and “Tenebrist” turn the focus inward onto doubts of purpose and identity.

As their first album entirely co-written by Peters and Earley, save for Peters’ song “Pendulum,” Unlovely is a tangible reflection of their evolution from band members to life partners. “Figuring out how to write as a writing team has been something of an adventure,” says Earley. “We used to create songs more separately but found that we complement each other well in almost every sense of the word, including songwriting. Most of the songs I brought to the table were inspired by our dreadful news cycle but tend to involve some sort of hopeful or romantic spin, whereas most of Callie's songs are about smashing the patriarchy and destroying evil forever."

Songs like “Begin Again” and the Gilberto & Getz-influenced “Don’t Wanna Dance” serve as a window into Peters’ perspective, someone who is, as she says, “smiling through” regardless of how difficult and frustrating that facade is to maintain. “I began writing a few years ago, and when I started, it felt like I opened up this whole verbal world in my head,” says Peters. “For a while, I thought that by writing all the time, I was perpetuating my pain, but over time, I’ve found a way to use words to help ease my mind.”

“I wrote a lot of the lines while sitting in the van and having a difficult time as we drove past nondescript highways,” she says, adding that while some of her notes were unintelligible, others were crafted with more poetic intentions. “I hope that by getting some of my thoughts down, I could show someone lonely that there might be one other human in the world who feels like they do.”

Incorporating musical styles that range from Motown to classic rock and metal, Unlovely maintains the recognizable, nostalgia-tinged sound of The Ballroom Thieves’ previous outputs while pushing a heightened brashness. Since the release of their first EP and debut full-length, A Wolf in the Doorway, The Ballroom Thieves have consistently and skillfully crossed genres, joining artists like Caamp, Langhorne Slim and Shakey Graves to bridge the gap between folk, rock and soul. With Unlovely, thanks in part to frequent collaborator Ariel Bernstein, the trio took it a step further and grew their instrumental arsenal, amplifying their signature energy and eccentricity. "Ariel has been a great friend of ours for years now," says Earley."He's a talented musician, engineer, and unlicensed band therapist, so when we decided to expand our touring party, he was the unanimous first round draft pick."

Engineered and produced by Jerry Streeter (Brandi Carlile, The Lumineers, Vance Joy), Unlovely was recorded in and around the northeast, predominantly at HearStudios in Camden, Maine.

It’s their unique brand of powerful and harmonious music, while never shying away from topics and ideas they are passionate about that has charmed fans around the country. Their catalogue has amassed over 85 million streams and they’ve gained a loyal live following, selling out shows and earning festival spots at Boston Calling, Newport Folk, Moon River, Mountain Jam, and Calgary Folk. Ultimately, Unlovely sets the stage for The Thieves to continue to impact listeners everywhere. 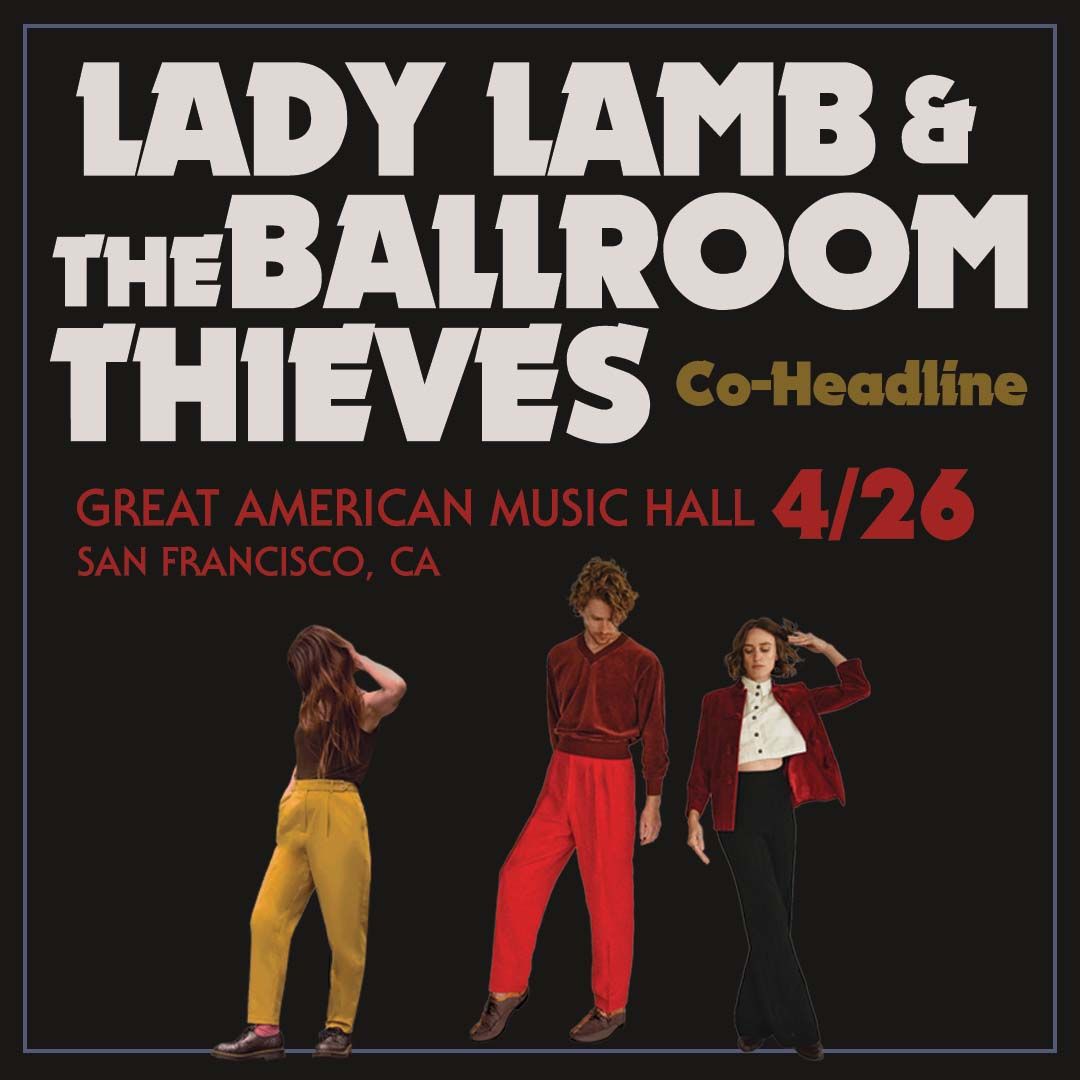