Alwayscreating original dancehall & cross-over music; throughout his career, Chamhas collaborated with many hip-hop and R&B artists such as: Alicia Keys: “GhettoStory”, Foxy Brown: “Tables Will Turn”, Damian Marley: “Fighter” and T-Pain: “Shottas",DJ Khaled featuring Cham and Rick Ross: “Bullet”, “Tonight” by Keke Palmerfeaturing Cham which is on the “Night At the Museum” feature film soundtrack,Akon: “Ghetto Story 3”, Mykal Rose & Bounty Killer: “Stronger”. Back in1996, he collaborated with Wayne Wonder on the lead single of the “Joyride” Riddimproduced by Madhouse which continues to be a classic dancehall cut forselectors.

Cham stays busy touring the worldperforming at festivals and concerts on almost every continent. His most recentalbum “Lawless” has garnered much press and the official videos have alsoreceived accolades.

This year (2018) has taken Cham toEurope for a string of sold-out festivals in the U.K and concerts throughoutthe east coast of the USA. His performance at the infamous Reggae on the RiverFestival and Reggae Sumfest (Jamaica) over the summer of 2018 were highlyregarded as top of top performances.

In 2017 Cham toured around the worldwith many dates being sold-out as the Japan, his Japanese fans were thrilled tosee the Dancehall superstar live. He also headlined the Bayfront Reggae andWorld Music Festival, Orlando Jerk Fest, and he joined the all-star talent onthe “Welcome to Jamrock Reggae Cruise”. His Lawless tour a major success inEurope, USA and Japan.

Cham is perhaps most well-known forhis 2006 single “Ghetto Story” from his Atlantic Records debut album of thesame name. “Ghetto Story”, led to multiple “story” songs by other artists in asimilar vein. The song recently was mentioned in a Rolling Stone magazinearticle “Damian Marley on 5 Great Reggae Protest Songs” (10/23/17). The MiamiNew Times referred to Cham’s 2000 debut album Wow… The Story as “the most anticipated album inyears from any reggae artist.”

He is currently signed to Mad HouseRecords, and is still called “Baby Cham” by his fans in Jamaica and around theworld. Cham started out in the music business working with the Mad People Gangalso known as Madhouse Productions. This relationship led to the released ofhits such as “Many Many”, “Boom Tune” and “Man & Man”, all of these singleswere also featured on his debut album.

Cham performs with his band, MadPeople Gang, a set of musicians with whom he has been creating music since thebeginning in their Sherlock Crescent community in Spanish Town.

Mostcurrent album, LAWLESS includes 10 tracks with videosreleased with producer and hit maker Dave Kelly and Madhouse Records. Cham isoften seen with the "Lawless" message emblazoned on his apparel aspart of his branding; the artist defines the term in this way: “when we say lawlesswe don’t mean take people's purses, we mean...a citizen of this world, noborders--we are all just one people.” As for the production process and hiscontinued work with Dave Kelly, Cham notes, “music needs that chemistry, notjust going into the studio, but where if you have chemistry with an individualyou can make a hit.”

Green B, Coo-Yah! Ladeez sound system hailing from San Francisco, California. Follow me here and link up on Instagram @DjGreenBizzle For bookings hit me up at greenbsf@comcast.net! Catch me hosting Dancehall Saturday Night on Sirius XM42 The Joint! 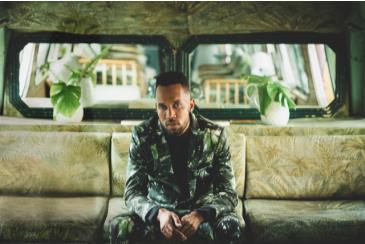