What was it like to see Led Zeppelin live in concert?

I distinctly remember looking at the time on the scoreboard clock when the lights went out. It was forty-three years ago, but I have never forgotten that moment when Led Zeppelin was about to hit the stage. The stage lights flickered on and off quickly in time with every couple of notes during the intro. They were teasing us, giving us only a glimpse of Led Zeppelin for a second at a time. And then it happens, the full band explodes in unison at the turning point in the intro and the lights on the stage are turned up all the way. BAM!!! Led Zeppelin is roaring through the beginning of “The Song Remains the Same,” as tight and as loud as a band could be. The energy level in the arena goes nuclear! Moses could have descended from those mountains and sat right next to me holding hands with Farrah Fawcett and I would have paid no attention to them. It was a monumental moment in time!

Let’s face it. The only way you will get a chance to see Led Zeppelin live again is by tribute and few of those seem to capture the real essence like Led Zep. Brought to you by members of In The Light of Led Zeppelin, the national touring symphonic supergroup, experience the magic, the raw power, and soulful vibe these talented four on the floor create.

Rhythm & time patterns changing abruptly, yet the melodic line and chords manage to merge kaleidoscopically as each member of the band feeds on one another and in turn, plays off the idea thrown out. It's live! It's electric blues. It's back to 1969

Led Zep matches this level of musicianship, passion, and intensity, the ability to effortlessly transition between deep blues, rock, Indian, reggae,  and funk, and then have it translate into a live experience that is just as powerful, with each band member seemingly larger than life! Experience the Led Zeppelin album cuts you have come to love and the live versions you may have missed for a concert experience you only dream of. 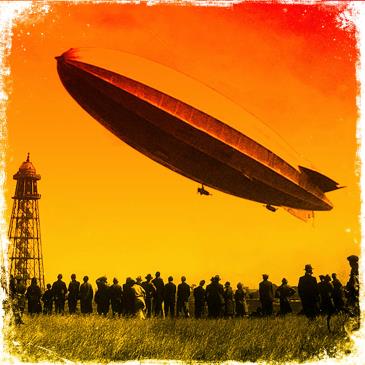