We are sorry to report that the Lightning Bolt show scheduled for September 21 has been postponed. See below for a note from the band and stay tuned for more info on a new date.
Thanks and stay safe out there,
xoxo
Slowdown
--
Lightning Bolt is postponing its two week fall tour out to and down the west coast. Difficult decision. Statement on my Instagram:
https://www.instagram.com/p/CTmgnwennCi/

Lightning Bolt play with abandon that is unmatched and remarkably undiluted since the duo’s formation 25 years ago. They are often called one of the loudest rock outfits in existence, both on record and on (or famously, off) the stage. Brian Gibson creates sounds that are unexpected and remarkably varied with his virtuosic bass playing and his inventive approach to the instrument, centered around melody rather than rhythm. The dizzying fury of Brian Chippendale’s drums twist from primal patterns into disorienting break beats as his distorted, looped, and echoing vocals weave more melody into the mayhem. Amidst the fray there has always been shreds of a pop songs discernible in the eye of every Lightning Bolt song. For their seventh full length, Sonic Citadel, Gibson and Chippendale have done the daring, stripping away some of the distortion mask to reveal the naked pop forms as never before. Their relentless energy, inventiveness and, unrestrained joy still drive their songs, pulling you in and compelling you to bounce and yes, even sing along.

Over their career Lightning Bolt’s incomparable sound has been built on the ebb and flow between the power of raw, unbridled simplicity and a boundless, childlike sense of wonder. Sonic Citadel marks the duo’s most varied and diverse work since their seminal album Wonderful Rainbow, exploring a large breadth of emotions between and within each song. Gibson and Chippendale again recorded with Seth Manchester at the esteemed Machines With Magnets to capture the abandon of their music with clarity and Gibson’s incredible dynamic range clearly to make the record as visceral an experience as their live performances. The pummeling “Blow To The Head” and swirling “Van Halen 2049” bookend the album with two of the most ferocious songs in the band’s catalogue, with the former built as a Black Pus (Brian Chippendale’s solo outlet) track on steroids. In stark contrast, songs like “Don Henley In The Park,” and “All Insane” take on almost conventional pop shapes despite being entirely spontaneous pieces crafted in the studio. “Hüsker Dön’t” too defies expectations as one of the poppiest songs in their discography with a chugging but clear chord progression and some of Chippendale’s least distorted vocals. These wildly varying approaches are a testament to the duo’s immeasurable capacity to explore new sonic territory organically, and largely through improvisation.

For the bulk of Lightning Bolt’s work together, they have slowly molded improvised jams which sometimes take years to develop on the road. The song “Halloween 3” may sound familiar to fans who have seen the band live in the last 15 years, and is named after a popular video of the duo performing an early version of the song. Sonic Citadel, however, also prominently features songs which began as solo recordings, be it a Black Pus 4-track recording or a series of looped bass figures from Gibson. In the four years between album releases, each member’s increasingly prolific creative endeavors limited their time to create together. Brian Gibson was the sole artist, musician and co-designer of the acclaimed video game Thumper, which has since proliferated across a multitude of platforms, and won countless awards including the 2019 Apple Design Award. Brian Chippendale, who has always created the band’s visual art, released the graphic novel Puke Force, was included in Rolling Stone’s “100 Greatest Drummers of All Time,” and recently collaborated with fashion designers Eckhaus Latta. Coupled with their consistent touring, as well as Chippendale recently becoming a father, the duo took the challenge of their time constraints head on as a compositional tool. By keeping some songs more direct and focusing on their central ideas, the duo managed to increase the overall intensity of their music while leaving space to for the songs to breath and stretch out live.

The impact that Lightning Bolt has had on underground music since its inception is immense, and remains pervasive beyond any genre tag that has been attached to them. Sonic Citadel is the work of band unafraid to challenge themselves, unbound by expectations, joyfully defiant, and possessed of the same inventive curiosity which set them apart on day one and is unmatched still 25 years later. 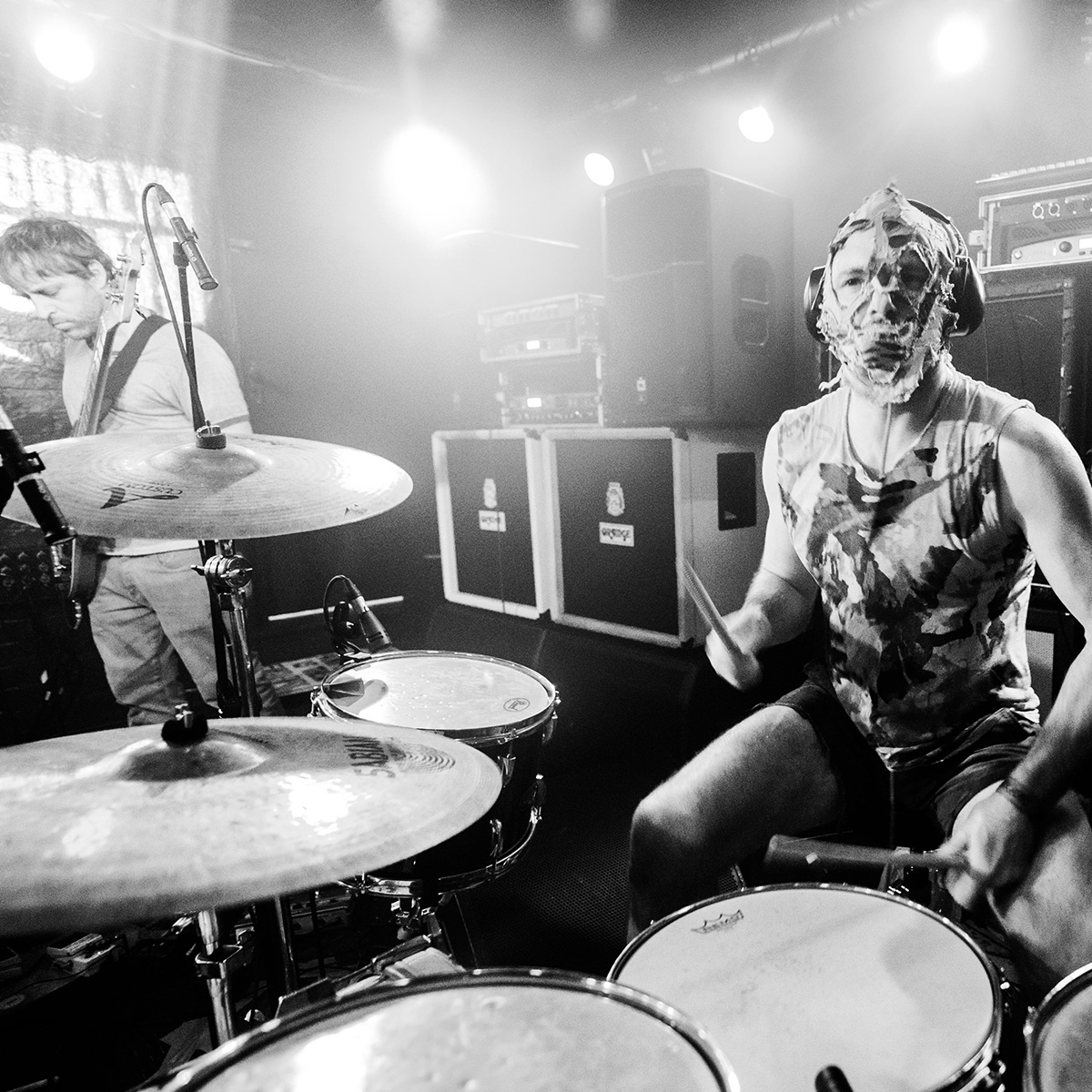