Liily are four Los Angeles musicians- Dylan Nash, Sam De La Torre, Charlie Anastasis & Maxx Morando - who, up until now, were mostly known for their manic and cacophonous live shows. Summed up as an “Angeleno quintet…pushing the rock genre forward and into a new era of raw tension and passionate fire…” (Atwood Magazine) the band quickly gained early momentum. Those performances, alongside a couple of early singles packaged together into an 2019 EP entitled I Can Fool Anybody In This Town, drove the young band to some surprising early successes: performing at Lollapalooza and Bonnaroo, touring across Europe and the United States, listed as a VEVO Artist to Watch, and then finding themselves on the cover of major rock playlists. Almost two years later, the band returns with new music and a new energy. Lead singer, Dylan Nash talks about the ‘new era’ as “I think thematically it’s very different, I think the intensity of it is very different. I think we had the same intention though which is to try to maintain a sense of forward momentum - that’s what it still has in common.”   Liily looks to harness their valley upbringing and jump from moment to moment and genre to genre, creating an experimental and original set of songs, all more strange and abrasive but also far more three dimensional than anything the band has done before. It still contains the unbridled energy of those early shows and singles but feels stripped of anything passive or unintentional.

Wish Goes On soundtracks the (re)birth of a band called Milly. It is something new emerging from something old; something old from something older, made new again. In 2019, Milly hit the road with labelmates and fellow fans of fuzz, Swervedriver. At the time, their lineup was rotating consistently as Brendan Dyer, Milly’s principle songwriter, searched for permanence in the form of a live band. It was on this tour that something clicked for Dyer, who recalls the feeling as nothing short of cosmic. He remembers thinking one day, simply, “This is the band,” and so it was. Spencer Light on guitar, Yarden Erez on bass, and Zach CapittiFenton on drums, with Dyer playing guitar and singing the songs.

The dynamic that burst into existence on this tour only deepened in the following months. “So much of it for me are those in-between moments,” Dyer says about the band’s blossoming friendships, “driving in the car listening to music, or being on break from rehearsal getting something to eat from Lassens.” Dyer would bring sketches of songs to the group, most of which he’d already been developing for years. “This release marks the transition from Milly as a solo project to Milly as something more unified,” Dyer explains. CapittiFenton, Erez, and Light were invited to dissect and rework his demos, a process that continued right up until the time they found themselves in rural Colorado actively recording Wish Goes On with Gleemer’s Corey Coffman. Coffman, who engineered and produced, also became involved in the songwriting process at this point, offering ideas the band would take home and play with before returning to the studio the next day.

The result is five songs which complement one another artfully. By the time Dyer sings, “But it’s different now, feels like the same old town but I know it’s not” on the EP’s second track, “Denial,” it is not only a hometown that has disappeared in change, but also the sordid illusion of US supremacy as it is incessantly propagandized, especially to children — a notion which opener “Star Spangled Banner” openly unsettles. Dyer wrote “Denial” and the three songs that follow at around the same time in his life, with “Star Spangled Banner” coming significantly later, sometime after Milly’s formative tour in 2019. There is something to be said about these conversations across time, the album receding in a sense into the past even as one advances through it. Maybe it has something to do with the idea that longing, wishful thinking, and hope are always reaching both backwards and forwards. Maybe when Dyer sings that he “can’t get past denial,” he’s referring in a sense to the denial of anything but the present moment. Maybe, in the way of Alan Watts, Wish Goes On furthers the idea that “The only way to make sense out of change is to plug into it, move with it, and join the dance.” Dyer describes something to this effect when he says he’s been “trying to keep my head down and follow my path, knowing things will work out.” In the same conversation, he openly acknowledges that “even if that’s not true, it still feels helpful,” which is to say, of course, “Wish Goes On.” 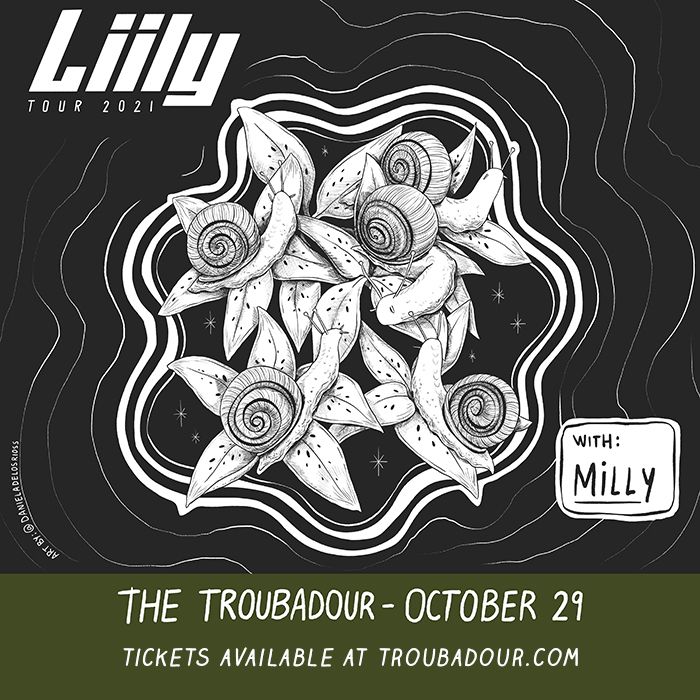