Lately is a record I wrote to share some of where I’ve been with you. Whenever songs happen for me, they are like photographs of time. Last year was tough. That’s an understatement for certain. Tears were shed, lives were lost, and lonely was a way of life. I have always felt lonely, but never gone to the depths of solitude that I had in 2020. The irony of that is, I was not alone at all in that space. Everyone had lost something, and we all were trying to rebuild our lives as we knew them. As a means of keeping sane, I started to write songs. Some of them sucked. I kept doing it though, because I had nothing else to fill my cup. “The Last Tear” came and I thought, I’d like to share this. That opened the door for more. “Been” happened not too long after, reminiscing about this and that, and so on. The inspiration was occurring from simple moments, such as gathering with my family after months of not doing so. Or walking around looking at my neighbors on their porches and waving a hello. I also was finally catching up with myself, and understanding I was reeling from some of my missteps. Forgiveness can occur through written words for me, so it was quite soothing to have my guitars and a melody. Depression was a big part of fall and winter. I forgot how down I could feel. But I also felt hope in that light that came from a memory of a past adventure or a stranger’s smile while walking down the street. Little things lifted my spirits. I missed my friends. I missed my family. I was devastated by the grief our country was facing, as well as the world. I felt unified in knowing that I was not on my own in that mentality. Many were questioning a lot of what was happening and though ideologies and understandings were fractured and opposing, most people I know craved to be together again. I realized that my heart was full of everything I loved and that would carry me forward for the time being. Eventually we would all get back to one another. Now that we are beginning to, I will be thrilled to share and play these songs for you.

Adia Victoria is a daughter of the South, a born and bred South Carolinian who now makes her
home in Nashville, Tennessee. It is no surprise, then, that stories of the South find their way into
her music, into the lyrics she pens and the chords she plays. It has been the case through her first two albums—2016’s Beyond the Bloodhounds and 2019’s Silences—and it remains so for third full-length effort, A Southern Gothic. This time, though, the stories don’t just belong to Victoria. “I feel like it is the first record where I was able to get enough distance from what I thought was myself in order to look out and tell stories that were not necessarily my own,” she explains. “Because my immediate conditions were so limited it opened my imagination to think of other
people, other characters, other perceptions and experiences that are all rooted in the south, to
this land that informs us, that we grow on and grow in.” Sonically, A Southern Gothic is full of frequent juxtaposition. It is equal parts historical montage and modern prophesy, dark and light, love and loathing. Put simply, it is the musical embodiment of the relationship that so many people, especially Black women, have with the South. Indeed, even as Victoria’s lyrics feel weighted by a Southern heaviness that is so often smothering, the music is also buoyed by rhythm and melody that illuminate the best of what this region has to offer. “You are getting that chill music, that vibe,” she explains, “but I wanted you to also get that ethereal feel of the South. I wanted you to get the humidity of it, the heat, the ways we reach to the pits of hell and the heights of heaven. I wanted this record to encapsulate the extremes of the South.”
The extremes are there; so, too, are the sounds of the South. Victoria notes that, during the
writing process, she listened to Alan Lomax’s old field recordings, to the ways Black folk made music from and with the land. The sounds became the heartbeat, or foundation, of her new music, upon which she and creative partner Mason Hickman later layered other parts. And in many ways, the story of working with Hickman to write and produce A Southern Gothic is as critical to the project as the stories Victoria tells across the album’s 14 tracks.
Recording for A Southern Gothic began in Paris in 2019/early 2020, and it was while in France
that Victoria discovered a sense of clarity about her home that she didn’t always have when she
was writing from her home. The first song cut was “My Oh My,” a haunting, guitar-driven track
that undergirds the story of a young woman struggling to hold tight to her sister’s presence after her death. The time and space away from the South was critical for helping Victoria to develop the overall themes for the album—and for giving her the early fuel that would help her continue to create through quarantine.
“I would say that the philosophy behind this record is, ‘Necessity is the mother of invention,’”
Victoria says. “It’s also, ‘When you don’t have excess, when that’s all stripped away, what you
gon’ do with that?’ What art can you make from walking through your mother’s garden?”
Without excess or access—to musicians, producers, studio—Victoria and Hickman became a two-man band of sorts, connecting over Victoria’s collection of Southern tales as they tried to keep the pandemic from killing them. Hickman taught himself mandolin and banjo while Victoria cut drum and piano parts. And later, even when the world began to re-open, vaccines became available, and Victoria was able to get in the studio with executive producer T-Bone Burnett, the recordings that Victoria and Hickman had done on their own remained. “I wanted the album to be a time stamp of where I was in 2020,” Victoria says. “I wanted to pay homage and be honest to what I had to work with. I didn’t feel the need to go back and change it and pretty it up. It was honest and it was true.” The result is a project that fits perfectly into Victoria’s catalogue and the rich legacy of Black Southern storytelling, even as it stands alone as a freshly innovative work. T Bone Burnett says, “Adia Victoria sings on an arc between Memphis Minnie and Sojourner Truth.” Adds Victoria: “With this project, I was so anchored in the past and the Black brilliance that came before me that it was kind of a road map. They said, ‘Sweetie, we’re gonna locate you,
and we’re gonna allow you to move it forward.’” 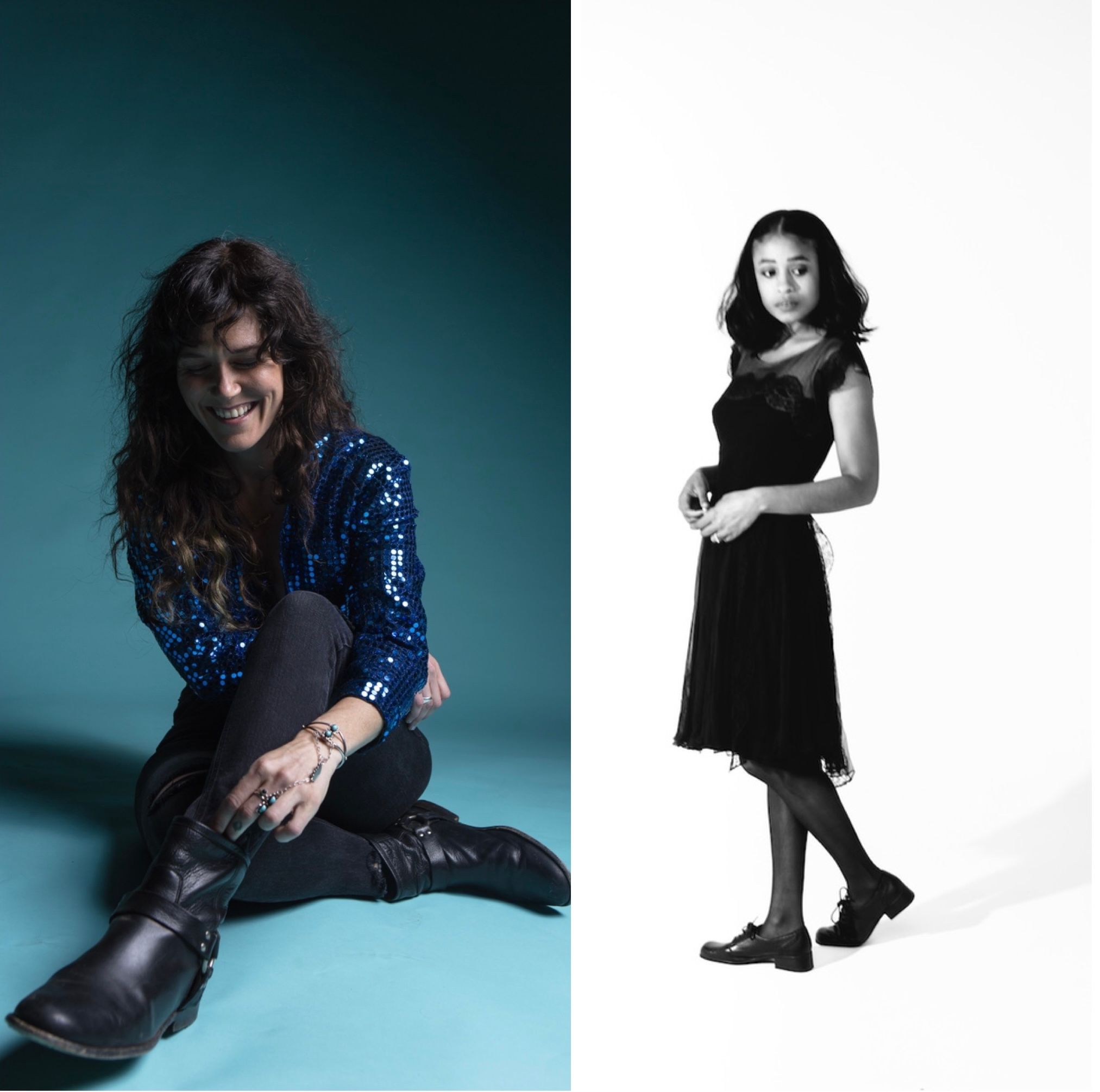