Doors at 7:00 pm
Georgia Feroce
Opening with four bars of infectious drums, a distant chorus of ah’s swells and then bursts with Georgia’s voice singing sweetly over reverb guitars, “It’s been a little while, but you don’t know me like you think you do.” The scene is set with a 60s surf backdrop and Georgia, the feminist from the future ready to turn some cliches on their heads. But she’s still a woman living in a man’s world, as much as she tries to fight it. They say if you can’t beat ‘em, join ‘em, so now it’s her turn for little white lies and mind games, and it’s out the window to any lady-like behavior as she tells a potential new beau to get off her metaphorical dick. G.O.M.D.’s smooth bassline and shimmering guitars soften the blow of the singer-songwriter’s trademark brutally honest lyrics. The retro-pop instrumentation and classic three-part harmony get your toes tapping, your hips swinging, and, before you know it, you’re doing a little dance. That’s what GOMD is: a dance between giving in to puppy love and maintaining independence while trying not to step on any toes. Throw in some gender-role conflict, and it’s a party on the dance floor (and the floor is lava).

http://www.georgiaferoce.com/
IG: https://www.instagram.com/georgiaferoce/FB: https://www.facebook.com/georgia.feroce
Anjali Ray
Anjali Ray was born in Illinois and raised in New Delhi, India, until the age of 10 when she moved to the US with her family. In the years since, she’s been a glowing example of this country’s rich multi-cultural brew, retaining a strong connection to her homeland through her practice in Hindustani classical singing, western classical piano as well as touches of jazz. Her main artistic focus these days, working both in Chicago and Los Angeles, embraces a polished pop sound deeply informed by these building blocks. Her album “Indigo” has achieved enthusiastic praise including consideration for a Grammy nomination for its sophisticated hybrid of seductive melody influenced by the likes of Sarah MacLachlan and Tori Amos, chilled grooves, and soulful singing, all caressed with instrumental flourishes borrowed from India.  Anjali’s latest project is an EP titled “Giant”, a pop collection which celebrates feminism and activism in America today.

Fairhazel
Fairhazel is the moniker of 23 year old British/South African singer songwriter Hugh Macdonald. Born in Brighton but raised in London, Cape Town and Paris, Hugh left Berklee College of Music in Boston in 2018 returning to London to work with Communion Music under the name Fairhazel, releasing his first single 7x7 in February to great critical acclaim. Roisin O’Connor of The Independent described it as having "tender, whispering vocals that recall the likes of Villagers, Ben Howard and Sufjan Stevens”. Inspired by artists France Gall, Harry Nilsson and Andy Shauf among others, Fairhazel has established himself as a musical storyteller blurring the lines between fiction and true stories.At his Los Angeles studio, he works on creating all aspects of his music himself from songwriting, arrangement, production, playing and engineering. Although Fairhazel is a solo venture, a band often accompanies him (Louis Giannamore, Alexander Naim Noorani, Karim Saber, Elliot Deubel, Matt Zajac, Juniper, Nate Daviau) at shows and he has opened for Agnes Obel, Banfi and Astræa. Recently he played Whispering Bob Harris's Under the Apple Tree, and featured twice on the lineup of the Counting Crows Underwater Sunshine Festival.
https://www.instagram.com/fairhazel_/https://open.spotify.com/artist/0U5fdV8QHxk7Qc82vXWoHn?si=LCjjGJHpTN-0irKv4bEEpg 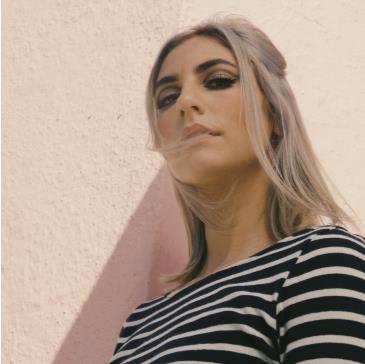