From Mitcham, England, artist Geshie’s ferociously independent approach to her music has given the singer songwriter an ingenious coolness that shines through in her captivating vocals and unvarnished music. Having developed her bluesy alternative sound in the suburbs of Cypress, Texas. Geshie has caught the ears of a community of music lovers with her authentic storytelling and raw beautiful voice. This multifaceted creative upbringing mixed with Geshie’s natural desire to travel created an artist who is definitely one to watch out for.

Jordan Patterson is a Southern born and California bred creative based in Los Angeles. Raised around soul and R&B music, she blends those influences with her love of folk and electronic music as a way of meditation and healing. Her first album ‘I am a real person’ was released in February of this year and couple of singles this fall, but there is much more to come!

Nikky T got a first taste into the industry at the age of three when she was put into her first ballet class. Ever since this moment, she felt like the stage was truly her art and her escape. Her heart always took her to where she belonged - the stage. The dance culture eventually crossed over into the music world, where she found her real, true passion in life. Nikky T started creating and writing her own music, which eventually led her to releasing and performing her own original music. With the incredible opportunities Nikky T has enjoyed, her passion has turned into a full time career that has led her to Los Angeles to pursue her dreams. Nikky T likes combining art, story, experience and song in perfect unison.

Mandi Macias a multi-talented Pop music artist, singer and songwriter born and raised in Los Angeles California. She wrote her first song at the tender age of 8. She then followed up the success of the song with her debut EP Titled “Sixteen” in 2018. Despite being regarded as a “Pop” artist Mandi’s sound combines elements and nuances from multiple genres such as Synthwave, Alternative Pop, Electro Pop, and Contemporary R&B. Mandi’s music is on all streaming platforms. Mandi’s most recent single “Ghost” released on 10.29.21. This single shows Mandi’s versatility since this was recorded with live music and has an Alternative Pop , Punk Pop & Indie Rock Pop sound to it. Mandi will be releasing more music this year.

Tré Nixon is a Los Angeles based recording artist, producer & songwriter from San Jose, CA. Blending sounds from the 70’s and 80’s, his initial strides have prompted comparisons to music giants on a range from Prince and Bruce Springsteen all the way to Green Day. He is currently building up to the release of his debut album, Hard Workin’ Party Animal which is an eclectic work of determination and self-discovery, recorded while he worked three jobs and lived in his car to fully fund the album’s creation with true independence. Nixon, a master of mixing funk and rock, brings to the table a one-of-a-kind story, tireless work ethic and an endless flow of musical creativity. 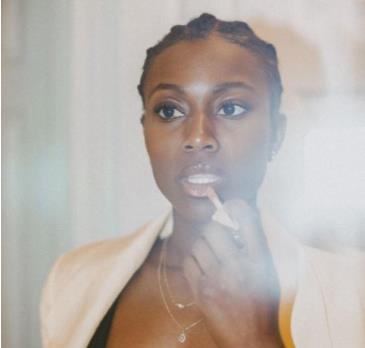