NYC native Catherine Berdie spends her days watching for stories and melodies. She catches them in a little net, unfurls them slowly, then softly lays them out for the world to hear. Catherine is known for her earnest lyricism, careful attention to detail, and ability to create universal musical experiences from personal stories. Genre: Indie Folk-Rock. Vibe: Fantastic.

Los Angeles isn't known as a hotbed for country-rock music, but that doesn't stop TruckerBomb from doing their thing. Born from the less glamorous side of town, the music of TruckerBomb mixes the dark heart of dive-bar grunge with the up-tempo swing of honky-tonk.
Singer-songwriter Troy Richardson is known to twist a phrase or two, infusing sarcasm and humor in equal doses to serious observations. This classic Americana-style storyteller is originally from Minnesota and spent a good amount of time in Boston after graduating from Berklee College of Music with a degree in songwriting. After heading west, Richardson became an in-demand session bassist and songwriter in other groups before forming TruckerBomb a little over a year ago.

The Smokin' Kills
You may know Mike Dawson as the engineer/announcer and occasional joke teller for The Adam Carolla Show, one of America's most popular podcasts. Mike is also a prolific singer/songwriter and is bringing Rock & Roll back courtesy of his band The Smokin Kills and their new album The Last Honky Tonk Hero arriving August 25, 2021.
This is Mike's second full record.  His first was recorded at Alan Parsons studio in Santa Barbara, Ca.  Mike has worked as a road engineer for Alan Parson on a few South American tours. He picked up his first guitar at 15, took 3 lessons, learned 5 chords, and started writing songs.
The album's first singles "Circling the Drain" and "Another Southern California" are available on all streaming platforms. They have received airplay on KPRI-San Diego and KTYD-Santa Barbara. More singles and music videos to come as The Smokin Kills roll out their epic The Last Honky Tonk Hero. 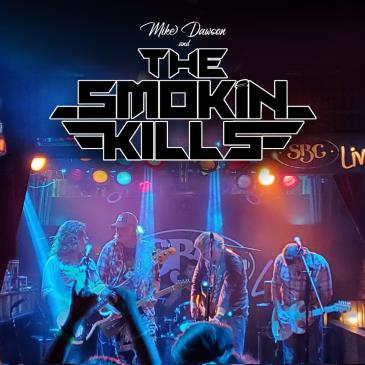